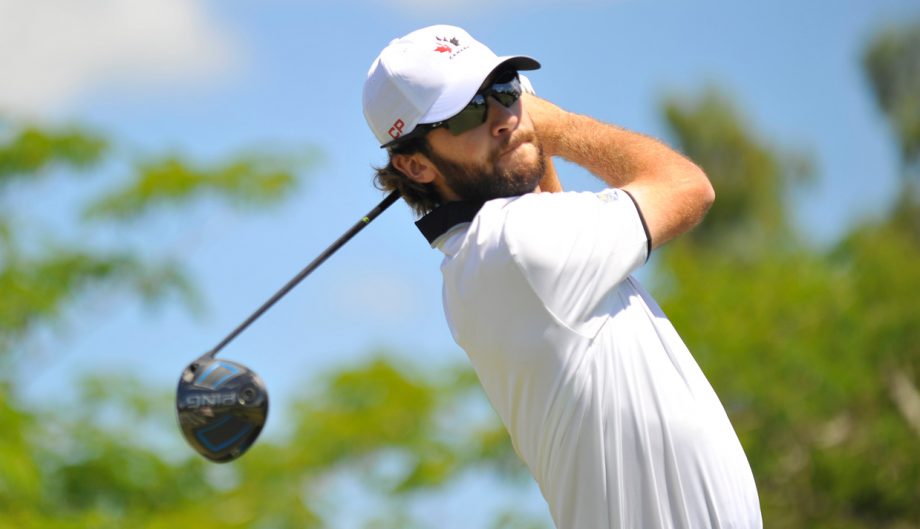 BUENOS AIRES, Argentina – Team Canada Amateur Squad duo of Joey Savoie and Josh Whalen have extended their lead to two strokes through 54 holes of the Tailhade Cup at the Los Lagartos Country Club.

Savoie, a La Prairie, Que., product, carded his lowest round of the tournament on Saturday with a 3-under-par 68. The 23-year-old Middle Tennessee State University graduate sits at 4 under for the tournament (69-73-68), six back of individual leader Shin Federico of host nation Argentina.

“It was a solid round, I was very good in all aspects of my game…It is a challenging course and you have to take advantage of the few opportunities it gives you,” said Savoie. “Tomorrow is going to be an interesting day.”

Teammate Josh Whalen of Napanee, Ont., posted a 1-under-par 70 on Saturday to holds a share of 5th place.

“I wasted a lot of chances and frustration happens a little bit out there,” said Whalen. “But I can’t complain, I played well and what we are doing is working. Brazil put pressure on us and I think that the tournament is not going to be decided until the last hole.”

Collectively, the Canadian pair sits at 4 under par, holding a two-stroke advantage over Brazil. They will look to collect the third title in four years when the final round gets underway on Sunday. Eric Banks (Truro, N.S.) and Tony Gil (Vaughan, Ont.) captured the event in 2015 while Corey Conners (Listowel, Ont.) and dual citizen Austin Connelly (Irving, Texas) took home the title in 2014.