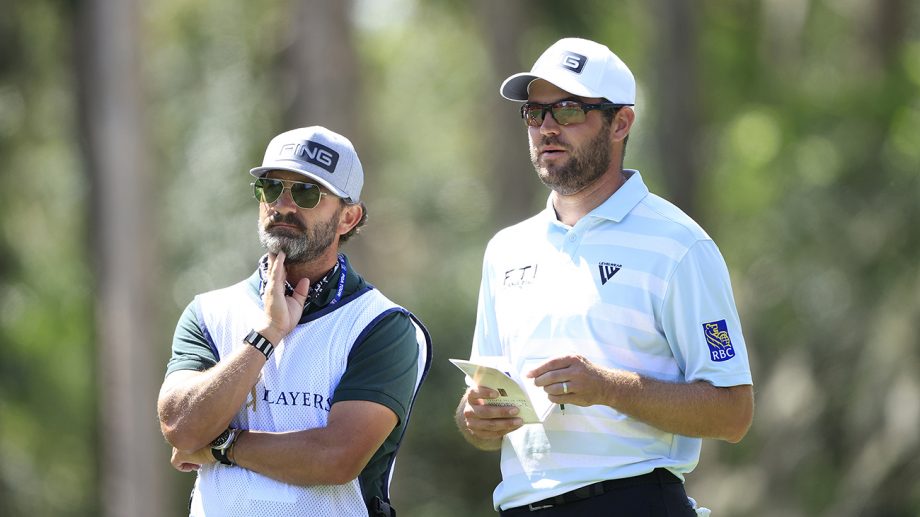 PONTE VEDRA BEACH, FLORIDA - MARCH 11: Corey Conners of Canada talks with his caddie during the first round of THE PLAYERS Championship on THE PLAYERS Stadium Course at TPC Sawgrass on March 11, 2021 in Ponte Vedra Beach, Florida. (Photo by Sam Greenwood/Getty Images)
Canadian Press

PONTE VEDRA BEACH, Fla. – Canada’s Corey Conners is tied for second after the morning wave of the first round of the Players Championship.

Conners, from Listowel, Ont., shot a 4-under 68 today. He’s tied with England’s Matthew Fitzpatrick, three shots back of leader Sergio Garcia of Spain.

The Canadian’s lone bogey came at No. 1, with birdies following at Nos. 2 and 7.

Conners is coming off a third-place finish last week at the Arnold Palmer Invitational.

“I took a lot of positives from last week,” he said. “I had a solid week, was playing well all four days and just tried to keep the same mindset, keep the same sort of game plan that I had last week and just picking my spots to be aggressive. Just playing with a lot of confidence.”

Nick Taylor of Abbotsford, B.C., shot a 2 under today.