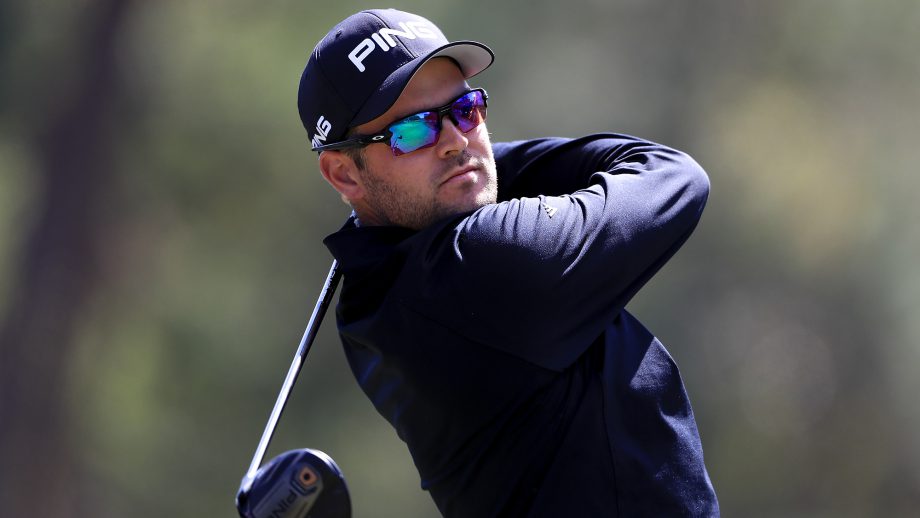 PALM HARBOR, Fla. – Canadian Corey Conners knew Tiger Woods had finished his second round at Innisbrook because he couldn’t see him. He was only about 50 yards from the ninth green, but there were too many fans covering every inch of grass, packed in a dozen deep because of Woods.

Woods brought the Valspar Championship to life Friday with his best round of a comeback that is building momentum toward the Masters.

Conners was happy to play a quiet round in the afternoon and wind up with the lead.

The rookie from Listowel, Ont., ran off three birdies before a careless error set him back, and he finished with a 2-under 69 for a two-shot lead going into the weekend. Right on his heels was Woods, who kept a clean card until his final hole and shot 68.

Conners was on the putting green when Woods and his entourage – officials, security, media and stragglers – walked along the edge of the green, in front of another group waiting to tee off on No. 1 and toward the scoring area.

“I definitely saw that,” Conners said. “I’ve seen that the last few days as well. Pretty cool. Hopefully, I can be in a position where I get some followers Sunday.”

Until that moment, the closest Conners ever got to Woods was at the Masters three years ago when he watched him on the range. Conners played at Augusta National that year as the U.S. Amateur runner-up.

Being close to him on the leaderboard is an entirely different dynamic.

Conners was at 6-under 136 and will play in the final group with Paul Casey, who had a 68. This marks the first time Conners has held the 36-hole lead/co-lead in 21 career starts on the PGA TOUR. Before this week, Conners’ best position after any round on the PGA TOUR was T21 at The Honda Classic two weeks ago (T59).

Conners is the first player since Marc Leishman (2017 BMW Championship) to hold the solo lead in both the first and second rounds at a PGA TOUR event.

Woods and Brandt Snedeker (68) will be in the group in front of them, with thousands of fans lining the fairways and surrounding the greens.

“I don’t think this will be leading, but at least I’m there with a chance going into the weekend,” Woods said when he finished. “Today was a good day.”

Woods has been slowed by mistakes, some leading to big numbers. The second round at Innisbrook was all about control of his shots that rarely put him out of position off the tee and especially on the green, where he could attack putts from below the hole.

He took the lead with a drive that was heading left, struck a cart path and caromed back into the fairway on his 14th hole, the par-5 fifth. That set up a long iron into the front right bunker and a delicate shot from the sand to about 5 feet for his fourth birdie of the round.

He saved par with a 12-foot putt on No. 7 and was heading toward a bogey-free round until his wedge on the par-5 ninth rode the shifting wind to the right and into the gallery, his ball on a woman’s bag. After getting a drop, his chip came out too strong and hit the flag, leaving it only 6 feet away.

He missed the putt and didn’t seem all that bothered.

Just over five months ago, Woods still didn’t have clearance to begin hitting full shots, much less to play without restrictions. In his fourth PGA Tour event in seven weeks, he looks like a contender.

“I’ve come a long way in that span of time,” Woods said.

The energy in the gallery was enormous, especially for this sleepy tournament, and toward the end of the round the fans were looking for any reason to cheer.

“The roars are a little louder, and there’s certainly an energy about the gallery that you don’t have anywhere else,” Jordan Spieth said.

Spieth missed the cut for the second time this year. He is still trying to rediscover his putting touch, and his iron game left him in an opening round of 76. He didn’t fare much better on Friday with two birdies, two bogeys, a 71 and a phone call to get back to Dallas sooner than he wanted.

“I’ve played with Tiger many times. It’s nothing new,” Spieth said. “It kind of feels like you’re playing in a major championship in a normal round, which if anything should bring out better golf for me. I just got way off on my iron play, with putting not improving either. That’s how you shoot over par.”

Henrik Stenson, the other major champion in the group, had another 74 and missed the cut. Also headed home was Rory McIlroy, who shot 73 and missed the cut for the second time in four starts on the PGA Tour this year.

McIlroy played with Woods in December before his return and was alarmed at how good he looked. He said Woods never missed a shot when they played.

“I’d seen this three months ago,” McIlroy said. “So yeah, he’s playing great. I’d love to be here for the weekend to be in contention, but I’ll be an interested observer watching TV over the weekend, see how it unfolds.”

Casey holed a 15-foot birdie putt on the 18th for his 68, putting him in good shape going into the weekend. Casey has gone nearly four years since his last victory.

He was on the opposite side of the course as Woods, though he could hear him.

Woods never really saw his name on the board. Whenever he glanced at the video board, it was showing Spieth or Stenson putting and their statistics. But he could sense from the crowd that everything was going his way.

“To play myself into contention this early into it was nice, and on top of that, to build on what I did a week ago,” he said, referring to the Honda Classic when he was on the fringe of contention going to the final nine holes. “I feel comfortable out there.”