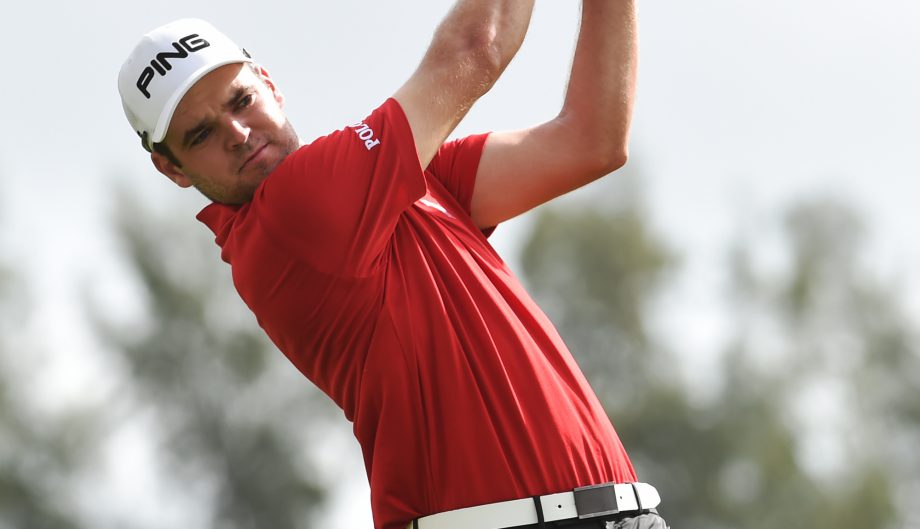 GREAT EXUMA, Bahamas – Kyle Thompson took home his fifth career Web.com Tour title in paradise Wednesday at The Bahamas Great Exuma Classic at Sandals Emerald Bay with his third consecutive round of 2-under 70. The 37-year-old finished as the runner-up at the Web.com Tour season opener a year ago in Panama, but edged out Andrew Yun and Nicholas Thompson by two shots this year with a 2-under 286 in the Tour’s first ever Sunday – Wednesday tournament format.

“I didn’t see it coming,” Thompson said. “We had some bad weather at home, so I practiced a lot on my golf swing but I didn’t practice my putting at all. I come here and probably had the best putting week of my life. I just stayed very patient and persistent and worked really hard this offseason on my mental game and I think it paid off. Hopefully I can keep that sort of mindset going in the future.”

In his first start as a rookie on the Web.com Tour, Canada’s Corey Conners of Listowel, Ont., posted his first top-five on Tour with a T5 finish after rounds of 79-70-70-73—292 (+4). The 2014 U.S. Amateur runner-up eagled the first hole Wednesday to get within one shot of Thompson, but posted bogeys on four of his last 13 holes.

At a tournament where the 11-over 155 cutline was the highest in Web.com Tour history, patience was key, and Thompson showed plenty of it after battling back from being 6-over-par through his first six holes of the first round. Over his last 66 holes, the former South Carolina Gamecock finished in 8-under to secure his first victory since the 2015 Rex Hospital Open.

“[The first round] was just brutal. I can’t even describe how hard it was,” Thompson said. “Even today it was so hard. I felt like I was the guy in Caddyshack who is having the round of his life walking straight into the breeze. I never gave up. I didn’t quit even though I had a rough start. Turned it around. That was definitely one of the top three hardest rounds of my life, and I shot a score that kept me in the ball game. I just kept grinding and grinding.”

Entering the final round with a three-shot lead, Thompson cruised through the front nine with birdies at Nos. 1, 4, 5 and 9. He holed six-foot testers for par at both No. 10 and 11, and even made par at the par-4 12th, which played as the toughest hole in Web.com Tour history with a scoring average of 5.008.

“I made a lot of great putts. The putt on 11 was big,” Thompson said. “The second shot on 12 was the shot of my tournament, hitting 5-wood from 182 yards. That’s insane. I just played solid from there coming in.”

His first blemish of the day didn’t come until the par-4 16th, when he yanked a 3-wood into the rocks left of the fairway alongside the sea. That wayward tee ball resulted in a double bogey, shrunk his lead to just two shots and brought Yun and Nicholas Thompson back into the picture.

“The one swing I wish I could take back, the 3-wood on 16, but everybody is going to have a hiccup,” Thompson said. “When I hit it, all you can do is laugh and just go ‘Alright, lets rebound and move on and see what we can do.’”

Yun entered the day three back of Thompson and gave him a run with a 3-under 69 for his best finish ever on the Web.com Tour. The former Stanford Cardinal finished 50th on the money list as a rookie in 2015 but struggled a year ago and finished 100th. As a result, Yun had to return to the final stage of the Web.com Tour’s Qualifying Tournament in December, where he earned a return to the Web.com Tour with a T32 finish to earn entry into this week.

“I just hit the ball really well,” Yun said. “I’ve never hit so many chip shots with so many longer clubs, and that’s pretty much what it felt like, especially on that back nine when those clubs are exposed to the wind. I was just keeping the ball under control, keeping the ball flight low, so the wind wasn’t taking it. I did that all week so that was great.”

2016 Mackenzie Tour – PGA TOUR Canada Order of Merit winner Dan McCarthy made the most of only his fifth career Web.com Tour start with a solo fourth-place finish. One spot below McCarthy on the leaderboard in T5 was Nate Lashley, who won the Order of Merit on PGA TOUR Latinoamerica last season.