Canadian connection at The Match 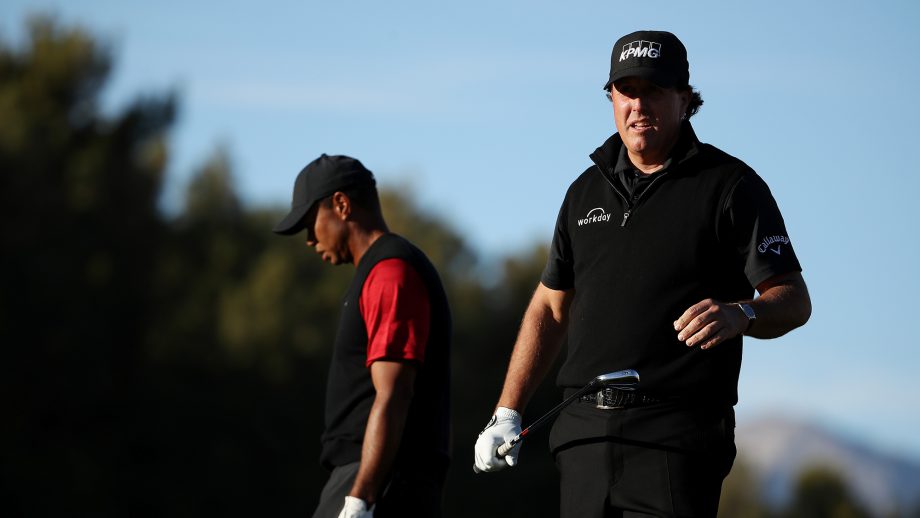 LAS VEGAS – It was a far cry from a normal workweek for Andrew Pittam, but it was one of those experiences he’ll be talking about for a while.

Pittam, from London, Ont., is the VP of Project Management for Toronto-based Astound Group, a global design and events agency. The company was in charge of all aspects of signage and event development for ‘The Match’ in Las Vegas on Friday, pitting Woods vs. Phil Mickelson in a $9-million 1:1 showdown.

Pittam had worked previously at IMG and had experience as the Tournament Director for the former Telus Skins Game. He was heavily involved in a handful of LPGA Tour and PGA Tour properties – including the made-for-TV Tavistock Cup in Florida.

“When I worked at IMG years ago, we always talked about what it would be like to get Tiger and Phil together and it just never really made sense for both of them and where they were in their careers,” says Pittam. “If you’re a golf enthusiast, you have to appreciate how amazing it was to see them go head-to-head and to end in a playoff.

“For the people to witness on site, in person… that’s something that’s never happened before.”

There was a small Canadian contingent onsite at The Match on Friday. Comedic legend Norm MacDonald – who walked Shadow Creek using an old putter as a cane and tried to get as close to Woods as possible to take photos on his iPhone – joined Pittam and his wife Colleen, their friends Andrew and his wife Stephanie (“It’s hard to put into words,” says Andrew of the once-in-a-lifetime experience), Pittam’s boss, and two journalists as part of the group.

That group of eight was part of the approximately 1,000 people watching The Match in person, and Pittam was tasked with making sure everyone was going where they should be. There weren’t ropes, like a traditional event. Instead there was a rope (singular) that was constantly moved by a group of volunteers led by Pittam.

Astound, says Pittam, was part of the production of the event – from signage and branding to event management – and he says this was a unique experience.

“You didn’t rope (the whole course) and at a (normal PGA TOUR event) the players are basically safe the whole time. You get them to the driving range and they’re good, because they don’t leave the rope line. But something like this… it was kind of tricky,” he says.

“But I think the experience for the spectator on site must have been one of the best ones I’ve ever witnessed. They got an incredible experience being that close to both players.”

Pittam moved to Astound seven years ago after starting his career with IMG. At the conclusion of the Telus Skins Game, Pittam began working on the fashion and figure skating business at IMG and he had lost his passion, he says.

He started at Astound – one of his vendors while at IMG – and has been involved in all facets of the business ever since including events, tradeshows, branding installations (the company was part of Nike’s branding during the NBA All-Star weekend in Toronto a few years ago, for example) and he manages a team based in Oakville, Ont.

Astound has a 350,000 square-foot facility in Las Vegas, so the efficiencies was perfect for this kind of event, he says.

Although there wasn’t much needed in terms of spectator infrastructure – with only 1,000 people, all of whom wanted to just get as close to Woods and Mickelson as possible – he says the event was still “huge” for Astound.

“To get called on to work on an event that had such a high magnitude of interest… this event was a really big deal for us out of Toronto,” he says. “It was a great week for our company, but it was just really awesome to be part of an event like this.”