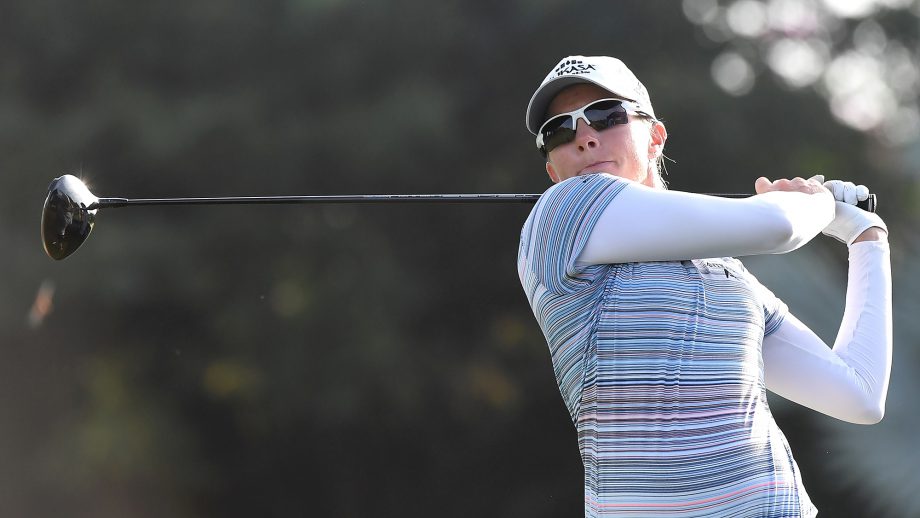 In an afternoon of sheer survival, Kim Kaufman survived an up-and-down day to card a third-round 75 and take a two-stroke lead into the final round of the 2019 ISPS Handa Vic Open. Highlighted by a slam-dunk birdie from a greenside bunker at No. 7, the American carded three birdies, four bogeys and one double-bogey through a day that saw a combination of bright sunshine, sideways rain and whipping winds that reached gusts of 30 mph.

“I went to school in west Texas, which is pretty windy, but this was up there,” said Kaufman of the day’s weather conditions. “It really felt like a British Open day, but we all just fight and good things that happen and bad things that happen would happen to everyone.”

France’s Celine Boutier took advantage of playing in the afternoon wave’s first group, before the worst of the winds picked up. The former Duke University player shot a 3-under 69, tied for the day’s low round, and jumped from 12th to a tie for second. She is joined by second by leading Australian Su Oh, who shot a 2-over 74. Japan’s Haru Nomura, who started in the day two strokes behind Kaufman in second, struggled to a 4-over 76 and fell into solo fourth.

On the men’s side, Canadian Austin Connelly holds a share of 49th place at 4 under par.