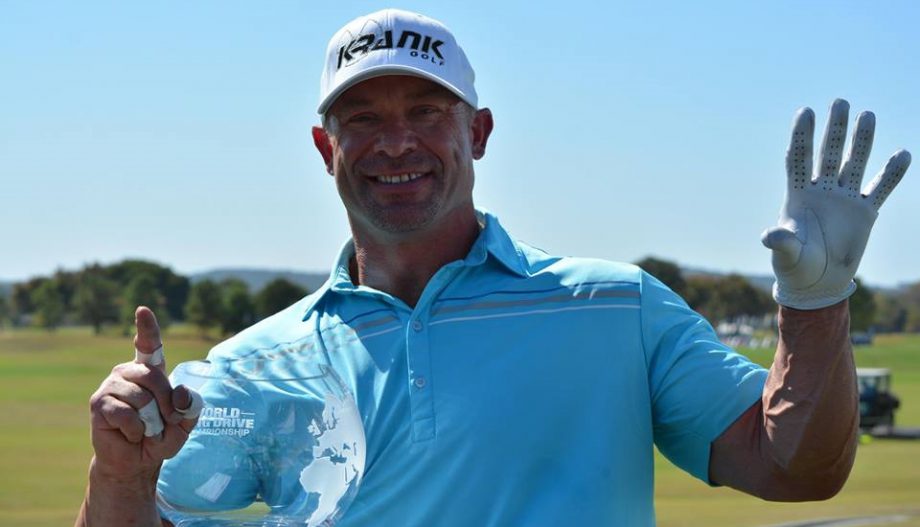 Thackerville, OK – Long Drivers of America, the organizing body of the World Long Drive Championship, crowned its second champion at this year’s final on Thursday, Oct. 15.

Long Drivers of America Hall of Fame member and five-time open division champion Jason “GolfZilla” Zuback from Calgary,  dominated a world-class field in his rookie debut in the senior division.

Battling a 20 mph headwind on an unseasonably hot day in Thackerville, Oklahoma, Zuback never lost a round and hit the longest ball of the day at 352 yards on his road to the title beating a star-studded field in the match-play finale.

Jason started the competition off strong in the morning breezing through his initial two rounds of competition with drives of 338 yards and 352 yards.  In the pivotal round 5, Zuback blasted one 336 beating his closest competitor by 12 yards easily making him the #1 seed in the Match Play brackets.

In the Semi-Finals, he faced long-time friend and fellow LDA Hall of Famer, Brian Pavlet.  Just months removed from full hip replacement surgery, Pavlet took the long road to match-play through the losers bracket but fell to Zuback for his second straight semi-final finish.

With the win, Zuback pocketed $12,000 (U.S) and adds another world championship to his resume.