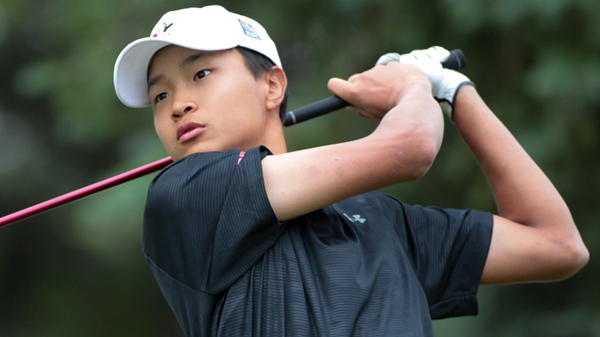 Overall, the Vaughan, Ont., native finished at 3-under par (72-66-74-69) through four rounds of play at the Biltmore Golf Course. The 16-year-old flew up the leaderboard after Sunday’s second round, which was highlighted by a 5-under performance on the front nine.

Gil, who represented Canada at the Youth Olympics in Nanjing, China earlier this year, is verbally committed to attend the University of Houston in 2016.

On the girls side, Canada’s Grace St-Germain finished 15th. The 16-year-old Ottawa native came through with a promising finish in her first tournament as a member of Team Canada’s Development Squad after being named to the team last month.

St-Germain, a former Canadian Junior Girls Champion, continues to build on a strong foundation and will look to take her momentum into the new year along with Gil. Her friend, Canadian sensation Brooke Henderson, took home the trophy for the girls a year earlier.