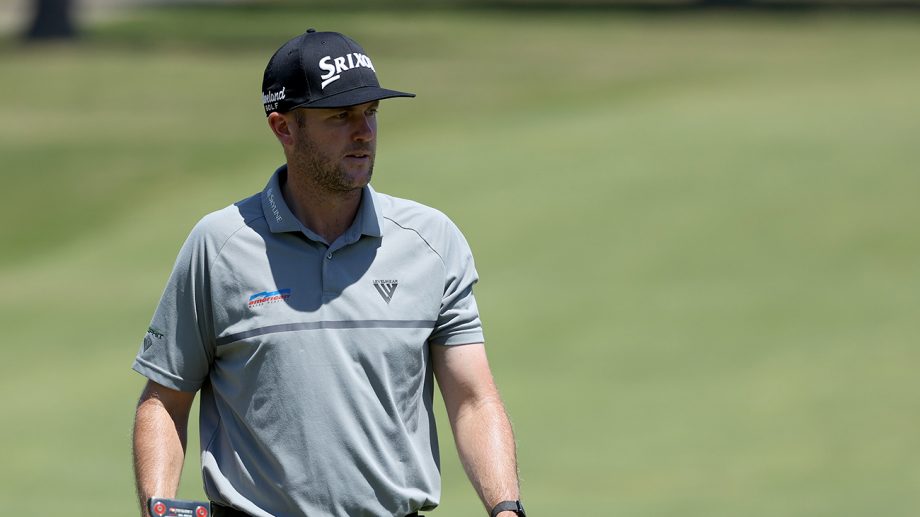 KNOXVILLE, TENNESSEE - MAY 15: Taylor Pendrith of Canada walks to the first green during the Third Round of the Visit Knoxville Open at Holston Hills Country Club on May 15, 2021 in Knoxville, Tennessee. (Photo by Dylan Buell/Getty Images)
Canadian Press

The long road to the PGA Tour was indeed a lengthy journey for Canada’s Taylor Pendrith.

He didn’t decide on professional golf plans until midway through his four-year run at Kent State University. Pendrith turned pro in 2014 and has since endured the grind of the lower-level circuits.

He bounced from tour to tour, lost status for a couple years, battled injuries and survived on minimal earnings.

Pendrith’s hard work would eventually pay off. A strong showing on the Korn Ferry Tour this season has cemented a spot on the PGA Tour for the 2021-22 campaign.

“It really is a story of perseverance,” said Golf Canada men’s team coach Derek Ingram. “Next (season) when he gets on the PGA Tour, everyone is going to be talking about overnight success and how quickly he took to it, how he came out of nowhere.

Pendrith, from Richmond Hill, Ont., played a variety of sports as a youngster, including baseball and hockey. He tried golf when he visited his sister at the Muskoka golf club where she worked at the time.

“He’d be hitting balls and we’d be like, ‘Man, he can hit it,’ said Jennifer Pendrith, now a superintendent at Kawartha Golf and Country Club in Peterborough, Ont. ”He just had this natural ability to hit the ball.

“He started getting really into it and it took off from there.”

Jennifer set up a small putting space in the family backyard so Taylor could work on his short game. Their father, meanwhile, set up a ‘contraption’ for Taylor to work on his ball striking.

“I think he had an old pool tarp or something and he hung it up so that he could hit balls in his own sort of little driving range,” she said. “It was kind of neat.”

Taylor Pendrith said he found golf to be “peaceful” and quickly fell in love with the game.

“I just seemed to hit the ball really far, so that was fun for me,” he said in a recent interview. “I just wanted to hit it as hard as I could and see how far I could hit it. It all just came together.

“I never really had a coach until I was 18 in the year off that I took before university.”

In his final season at Kent State, Pendrith was named co-Mid-American Conference golfer of the year with teammate Corey Conners of Listowel, Ont., now a regular contender on the PGA Tour. Pendrith was one of only two players in school history to play in the NCAA Championships in all four college seasons.

His lower-level pro breakthrough came in 2019 when he won twice on the Mackenzie Tour. Pendrith said it did wonders for his confidence.

“I think over the last few years I’ve had a different mindset, trying to put less pressure on myself,” he said.

His injury list, meanwhile, has been a long one. Since turning pro, Pendrith has had wrist and shoulder problems and torn ligaments in his forearm and hand.

He also had a “weird palm injury” where he couldn’t hold a club for four months. Pendrith adjusted his practice and training routine to minimize injuries and feels his mental game is stronger too.

He locked up his PGA Tour card last month after eclipsing 1,700 ranking points on the Korn Ferry Tour this season.

“I’ve worked really hard for the last six or seven years to get to this point,” Pendrith said. “It has taken me a bit longer than others and some of my other friends but I’m happy to finally get that card and join them next (season).”

Currently seventh on the Korn Ferry money list at over US$353,000, Pendrith is fifth on the tour’s points list. He’ll likely get into two PGA Tour events this season but is trying to make a push for top spot on the Korn Ferry list as it would give him more exemptions next season.

Pendrith, who turns 30 on Sunday, is third in average driving distance on the Korn Ferry tour at 320.4 yards. He’s 123rd in driving accuracy (60.86 per cent) and is tied for 27th in putting average.

“He’s a nice combination of long and straight,” Ingram said. “He’s become very consistent over the last two or three years in his iron play and the rest of his game. On top of being long, he’s got one of the nicest set of hands you’ll see around the greens of a PGA Tour player.

“Very soft, subtle hands and the ability to get the ball close to the hole from even very difficult spots. It’s a nice toolbox that he has and it’s quite full.”

Pendrith has played in a handful of PGA Tour events over his career, finishing in a tie for 43rd at the RBC Canadian Open in 2014 at Royal Montreal.

He qualified for his first major last September at the US Open, finishing in a tie for 23rd at Winged Foot.

“I think I’ve proven myself at all levels and that I can compete with the best,” he said.