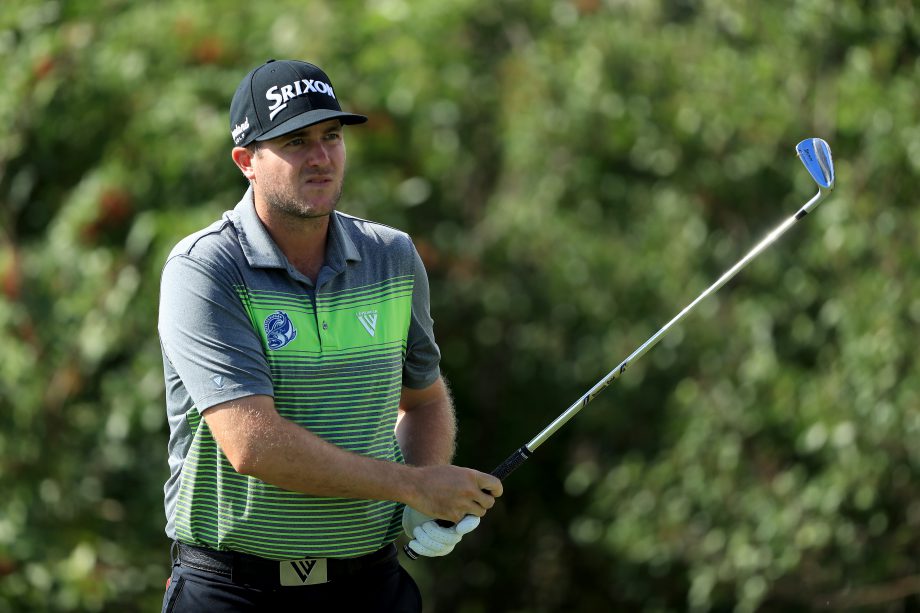 Taylor Pendrith isn’t used to his weekly nasal swabbing just yet, but he’s getting there.

Pendrith and his peers on the Korn Ferry Tour get tested for COVID-19 at the start of every week as part of the second-tier golf tour’s safety protocols as it restarts its season. The Richmond Hill, Ont., native passed his most recent test, allowing him to compete at this week’s King & Bear Classic.

“They’re uncomfortable but it’s only 10 seconds, it’s not too bad,” said Pendrith a day after his most recent swabbing. “Not something I would want to get every Monday for the rest of the year but it might have to be that way.”

Golfers are not allowed to play on the Korn Ferry Tour until they get back a negative result from their weekly test. They’re also asked to stay in Tour-sanctioned hotels, fly in chartered planes filled exclusively with players and caddies, and generally try to stay within their bubble. Caddies are also armed with sanitizing wipes to clean off rakes and flagsticks after they’re used.

Pendrith says all these steps have helped him feel safe after the Korn Ferry Tour resumed play last Thursday at the Korn Ferry Challenge at TPC Sawgrass.

“The Tour’s done a really good job of trying to put everything in place, different measures to allow us to compete,” said Pendrith.

“All the guys out here and the staff and everybody involved in the tournament have been doing a really good job of following the guidelines.”

Although Pendrith recognizes that the unscheduled three-month break in professional golf’s calendar due to the COVID-19 pandemic was hard on the industry, it had some benefits for him personally.

Pendrith returned home to Canada when golf _ like all professional sports _ suspended play. He had struggled at the start of the season with a flu that became bronchitis and also used the time off to heal up an injured shoulder.

Most importantly, he proposed to his girlfriend Meg Beirnes, a registered nurse in the hematology and stem cell transplant department at Hamilton General Hospital.

“I had other plans but obviously they got changed with the pandemic,” said Pendrith. “But it’s super exciting for us and hopefully I get to see her soon once the border opens up but for now we’re in different countries, relying on Zoom calls.”

Pendrith is tied for third at 7-under with seven other golfers at the week’s King & Bear Classic. He entered the tournament ranked 64th. Ben Silverman of Thornhill, Ont. is tied for 25th at 5-under and Adam Svensson of Surrey, B.C. is tied at 144th at 2-over.