Canada’s Stephen Ames shoot 65 for share of 1st round lead at US Senior Open; Weir T16 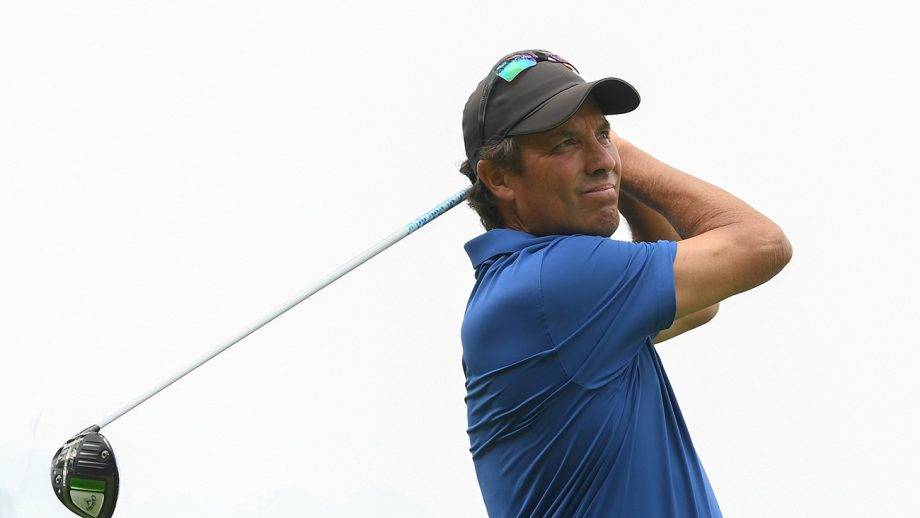 OMAHA, NEBRASKA - JULY 08: Stephen Ames of Canada plays hit shot from the 18th tee during the first round of the U.S. Senior Open Championship at the Omaha Country Club on July 08, 2021 in Omaha, Nebraska. (Photo by Quinn Harris/Getty Images)
Canadian Press

Ames, from Calgary, had seven birdies and two bogeys in the morning session. Andrade had five birdies and no bogeys on an Omaha Country Club course that dried out after the sun broke through and the wind came up in the afternoon.

Ames hit 11 of 13 fairways and 16 greens in regulation on the 6,891-yard course set in the rolling hills on the north side of the city. He birdied five of seven holes in the middle of the round before missing short birdie putts on Nos. 12 and 13.

“I’m like, ‘Whoa, could have been a lot lower on the back nine, which is unfortunate,” said Ames, whose highest finish in a senior major was a tie for third in the 2018 Senior British Open.

Ames got some local knowledge from his caddie, Troy Martin of Omaha. The two connected in April when Peter Jacobsen told Ames he was taking off the rest of the season and that his caddie, Martin, needed a job.

Wes Short Jr. shot 66. Alex Cejka, looking for his third victory in a senior major this year, and Robert Karlsson followed at 67.

Andrade, who started on the 10th hole, pulled into a tie with Ames with a birdie on the par-5 sixth. He got up-and-down from a greenside bunker to save par on the par-4 eighth. He just missed a 20-foot downhill birdie putt on the par-4 ninth.

Andrade’s best finish this season is a tie for fifth, and he has only one other top-10 in 22 events. Two weeks ago he had his worst tournament since 2014, finishing 18 over and tying for 63rd in the Senior Players Championship at Firestone. He’s winless since 2015.

Short has five top-10 finishes on the PGA Tour Champions this year and is looking for his first win in a senior major. He was steady throughout his round, making four birdies and mostly avoiding the thick rough.

The field includes 16 players who won a total of 26 majors before joining the senior tour. Among those playing in the Senior Open for the first time are Mike Weir (70), Jim Furyk (72), Ernie Els (73), Rich Beem (73) and Jose Maria Olazabal (77). Weir sits T16 going into the second round of the major.

Bernard Langer, who has won a record 11 senior majors, shot 71.

Steve Stricker, the 2019 champion, is not playing in Omaha. He’s on the regular PGA Tour this week at the John Deere Classic. There was no U.S. Senior Open last year because of the pandemic.