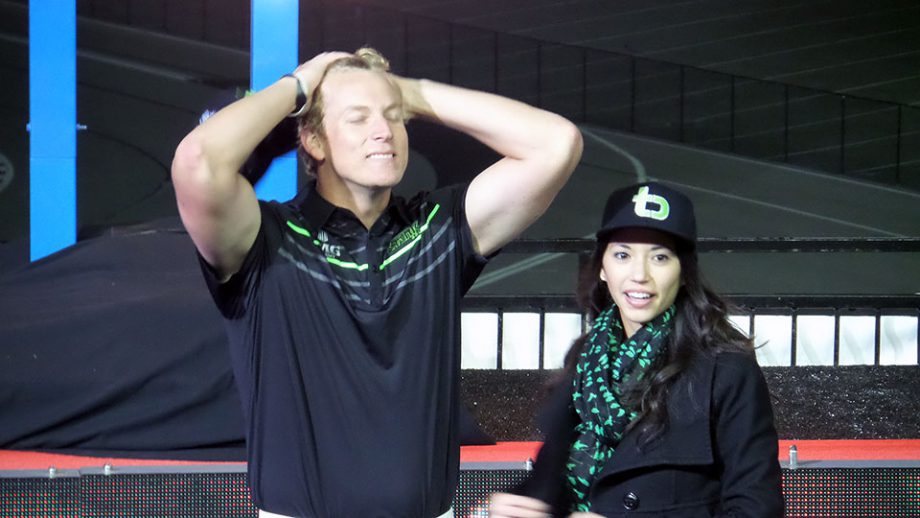 The 6-foot-6 Burke, a former University of Miami pitcher from Orlando, Florida, earned $150,000 in the event at WinStar World Casino.

Easterly, from Ponte Vedra, Florida, had a 386-yard drive in the final.

Burke beat Justin Young of Mount Airy, North Carolina, 401-386 in the quarterfinals, and topped Will Hogue of Collierville, Tennessee, 403-390 in the semifinals.

Easterly beat two-time champion Jamie Sadlowski of St. Paul, Alberta, in the semifinals with a 380-yard drive. Sadlowski failed to get a drive in the grid in the match after winning his quarterfinal at 402.