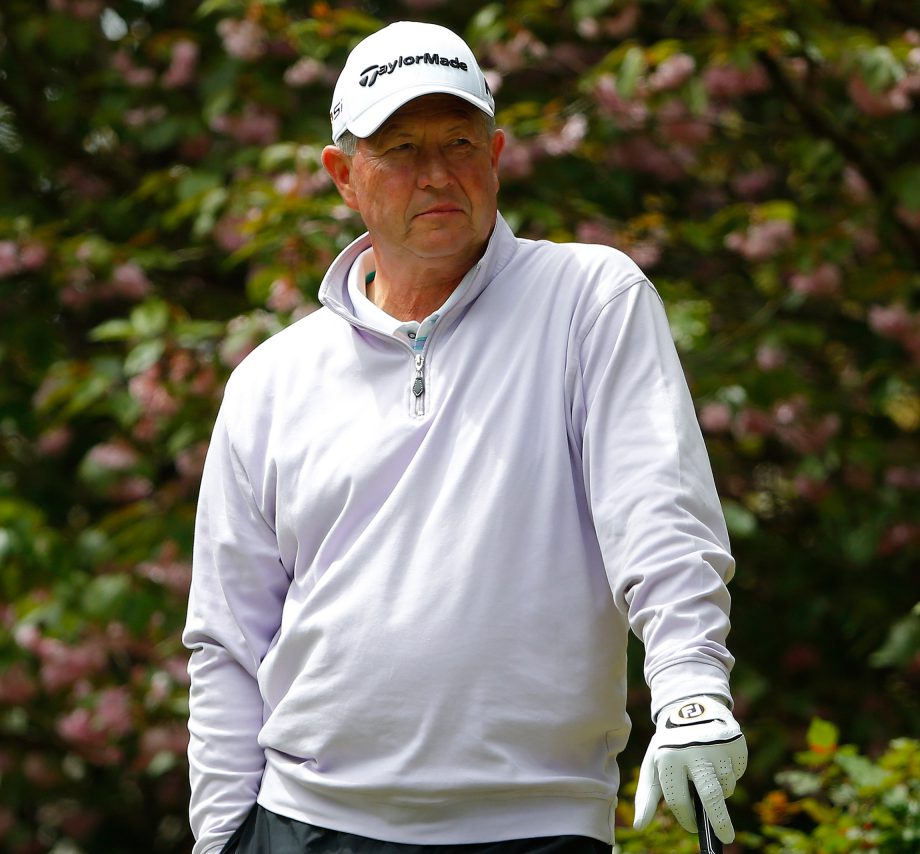 “I haven’t been here in a long time,” Mediate said. “I’m looking forward to trying to drive it in the first fairway and see what happens from there. That’s all you can really do. … They’re going to be coming and it’s going to be fun. It’s going to be a lot of fun. It’s nervy. It’s cool.”

Mediate had a 14-under 128 total, four strokes better than the previous tournament record set by Sam Snead in 1973 and matched by Arnold Palmer in 1984 and Jack Nicklaus in 1991. The 53-year-old Mediate opened with a 62 on Thursday to tie the tournament and course records set by Kenny Perry in the 2012 final round on the Nicklaus-designed layout.

“I love it. This place, it’s just evil. In a good way,” said Mediate, bogey-free through 36 holes. “It’s just a great place. It really shows you the control you have. That’s why Jack built these greens, I’m sure he said, ‘Well, let’s see how good these guys are?'”

On Friday, Mediate started play on the 10th tee and birdied the par-4 16th and 18th. He added birdies on the par-5 fifth, par-4 eighth and par-5 ninth, leaving an eagle putt an inch short on the last.

“I had some moments out there where it went a little south, but I covered up with the short game today,” Mediate said. “I made some ridiculously good putts to save, and I made a bunch of birdies again. I hit a bunch of good shots. Hit a few loose ones and I covered it up.”

Mediate has one-putted 22 of his 36 holes, finishing with 22 putts Thursday and 26 on Friday. He won both of his PGA Tour Champions victories in 2013 after winning six times on the PGA Tour.

Gene Sauers was second, closing with a bogey for a 69. The three-time PGA Tour winner has successfully fought a rare skin condition, Stevens-Johnson syndrome, to play the 50-and-over tour.

“This is a blast,” Sauers said. “Coming back from where I’ve been, when I got sick back in 2011, and didn’t ever think I would play golf again and then coming back and playing with some of the best guys in the world. It’s a pleasure to be here and I’m humbled to be able to play with all these guys again.

Bernhard Langer birdied three of his last four holes in a 64 to reach 9 under in his bid to become the first player to win all five PGA Tour Champions majors.

“I made more putts today and I hit my irons a little closer,” Langer said. “It’s a little easier to make a 10-foot putt than a 20-foot putt. I played pretty well yesterday, just didn’t get much going. I was a little bit flat. But today I got off to a nice start and continued to play really good golf.”

The 58-year-old German won the Regions Tradition last week in Alabama for his sixth senior major title and 100th worldwide victory. In Alabama, Langer joined Nicklaus as the only players to win four different senior majors. Nicklaus had largely retired when the Senior British Open was added to the major rotation. He only played that once in its first year as a major in 2003.

Mediate played alongside two-time defending champion Colin Montgomerie and Perry. Montgomerie had a 66 to join Langer in the third-place tie at 9 under. The Scot won in 2014 at Harbor Shores and last year at French Lick Resort in Indiana.

Perry had a 71 to drop eight strokes back at 6 under. He had the first double eagle in the history of the event, holing out with a 5-iron from 227 yards on the par-5 fifth hole. He eagled the hole Thursday.

“Straight down wind,” Perry said. “Hit the prettiest 5-iron, landed on the front of the green, and it just broke right in there like a putt. That’s the first one I ever made. So it was pretty neat to make your first albatross at the Senior PGA.”

Club pro John DalCorobbo also was 9 under after a 68. DalCorobbo is a PGA assistant professional at Brickyard Crossing in Indiana. He won the Senior PGA Professional Championship in October.

“It’s pretty special,” DalCorobbo said. “I just kept trying to stay with each shot, treating it like it was. It seems so cliche, but all I tried to do was just treat everything and just have really good acceptance for what happened.”

Calgary’s Stephen Ames is T38 following a 2-under 69 performance.