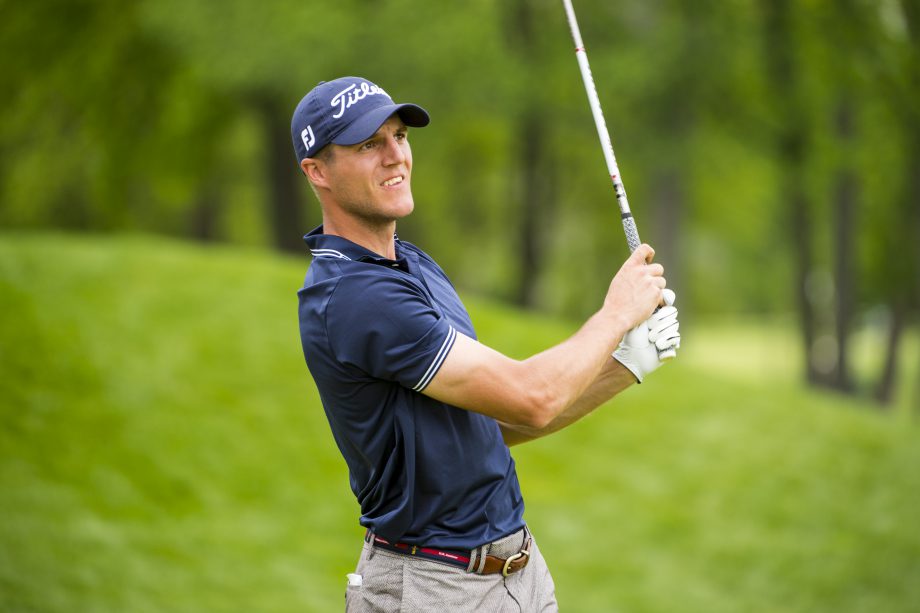 MAMARONECK, N.Y. – Canada’s Garrett Rank and American Patrick Christovich, a pair of mid-amateurs who are the lowest remaining seeded team in the match-play bracket, won two matches in dramatic fashion Tuesday to advance to the semifinals of the 2016 U.S. Amateur Four-Ball Championship on the par 70, 6,728-yard East Course at Winged Foot Golf Club.

Rank, a professional hockey referee, made a 6-foot birdie putt on the 18th hole to hand his team a 1-up quarterfinal victory over David Kocher, 20 of Charlotte, N.C., and Connor Tendall, 23, of North Potomac, Md. Earlier in the day, Christovich, 37, of New Orleans, La., set up a winning birdie in the third round on the 21st hole, the par-3 third, by striking a 157-yard 9-iron to close range.

“This is why you practice and this is why you play,” said Rank about the excitement of advancing to the semifinals. “It makes that long drive to Hershey (to referee) and back (to this championship) feel good along with the grind of taking clubs to the airport and practicing during the winter.”

Connor and Tendall, who are former University of Maryland teammates, won the opening two holes, but Christovich made a sweeping long-distance birdie putt on No. 7 and Rank sank a 24-footer for another birdie to square the match on No. 10. The teams went back and forth on the inward nine. Connor and Tendall regained the lead with a conceded birdie on the par-3 13th before Rank and Christovich won No. 15 with a par.

“Every time we got one back, next hole they put one right back on us,” said Christovich, a realtor who has won three Louisiana Mid-Amateur Championships.

The U.S. Amateur Four-Ball Championship consists of 36 holes of stroke play, 18 each on the East and West Courses of Winged Foot Golf Club, followed by five rounds of match play on the East Course. Fox Sports 1 (FS1) will televise Wednesday’s semifinals and championship, scheduled as an 18-hole final, from 3-5:30 p.m. EDT.

Christovich and Rank will meet Ben Baxter, 20, of Flower Mound, Texas, and Andrew Buchanan, 21, of Los Altos, Calif., in the semifinals. In the quarterfinals, the Southern Methodist University teammates dispatched the No. 1 seed and stroke-play medalists, Brandon Matthews, 21, of Dupont, Pa., and Patrick Ross, 24, of Dunmore, Pa., 2 and 1

Semifinal sides, which must remain intact, are exempt from qualifying for the 2017 U.S. Amateur Four-Ball at Pinehurst Resort & Country Club, in the Village of Pinehurst, N.C.

The U.S. Amateur Four-Ball is one of 13 national championships conducted annually by the United States Golf Association, 10 of which are strictly for amateurs.

• Born July 18, 1978 in New Orleans, La.
• No. 500 in World Amateur Golf Ranking™
• He and partner Garrett Rank are the lowest remaining seed (No. 4) in the championship
• Competing in his 11th USGA championship
• Quarterfinalist in the 2014 U.S. Mid-Amateur
• Advanced to 2016 U.S. Open sectional qualifying
• Works as a real estate agent