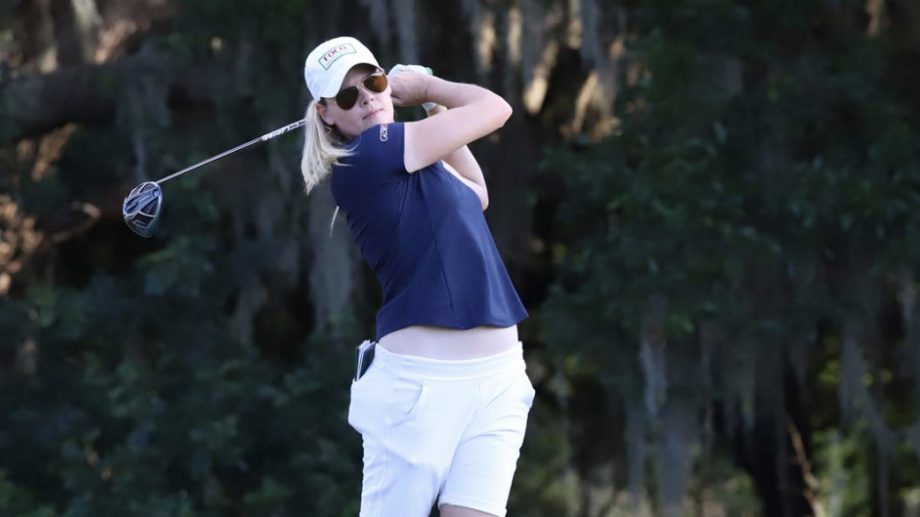 After a bogey-free, 7-under par 65 in the first round of the 11th annual Florida’s Natural Charity Classic, Maude-Aimee Leblanc (Sherbrooke, Quebec) mentioned how she typically begins every season strong. This afternoon was the latest performance that backed up the talk.

In 2018, she made the cut in each of her first four starts on the LPGA Tour. Rewind back to the second tournament of 2017 on the big stage and the Canadian turned in a career-best tied for seventh result at the ISPS Handa Women’s Australian Open.

“I just get excited to play,” said Leblanc. “It gets boring to me taking a few months off, so I always look forward to playing the first tournaments. Now, just have to keep that same energy level for the rest of the season.”

At the SKYiGOLF Championship in North Port, Fla., Leblanc had to withdraw because of an injury. Even so, the Purdue University alumna is right back in mid-season form to open the year.

“I was playing really well last week too, but I tweaked my shoulder a little bit sleeping on it the wrong way,” Leblanc said with a chuckle. “I felt like I was hitting the ball really well last week, so it just built momentum for this week. Consistent throughout today. Missed one or two short putts, but other than that it was pretty solid.”

Canada’s @maleblancgolf on her bogey-free round to hold the outright lead on the @ROAD2LPGA pic.twitter.com/CkH6K7lkV5