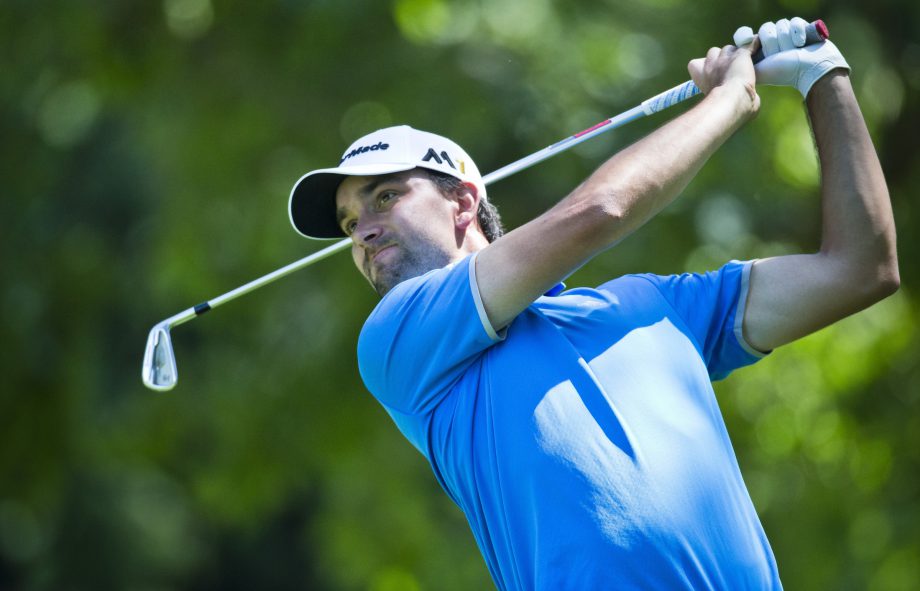 WINNIPEG – Mackenzie Tour-PGA TOUR Canada Order of Merit leader Dan McCarthy took a big step towards solidifying his commanding lead atop the season-long money list on Friday, shooting a 7-under 64 at Niakwa Country Club to take the 36-hole lead at the Players Cup.

The Syracuse, New York, native recorded a hole-in-one on the par-3 second hole to go with another eagle, five birdies and two bogeys on the day, earning him a one-stroke lead over James White and Sam Fidone through two rounds in Winnipeg.

“You never expect it. I hit a really good shot, but whenever it goes in the hole it’s always a little bit lucky,” said McCarthy of his ace, the sixth of his life and fourth of his professional career. “It landed about 12 feet short of the hole and we saw it rolling, and then it just disappeared. I was hoping it went and my celebration wasn’t for nothing, I was hoping it didn’t go over the green.”

With two victories already this season at the Freedom 55 Financial Open and GolfBC Championship, McCarthy entered the week with more than twice the earnings of Order of Merit No. 2 Adam Cornelson. Still, the 30-year old said he expects to feel some nerves on Saturday as he looks for his third win of the year.

“I should be comfortable with it, but there’s always a bit of anxiety being in the lead and in the final group, so it’s a good test every time,” McCarthy said. “You learn what happens to you in the moment, but you’re still going to be on edge.”

One shot behind McCarthy were White, playing in a sponsor exemption this week, and Fidone, who ranks No. 5 on the PGA TOUR Latinoamérica Order of Merit.

“Being a sponsor exemption this week, I really want to try and finish in that top 20,” White said. “That’s still a big priority of mine so I can play next week as well, and if I get a chance to win I’ll go for it.”

Fidone, who shared the first-round lead after opening with a 64, said he wasn’t as sharp as he was on Thursday but managed a good score to give himself a chance on the weekend.

“In the beginning of my round I was not finding a lot of fairways but ended up scrapping it in and got lucky on a 30 footer on 18 – hit the pin and went in for birdie,” Fidone said. “On the back nine I really dialed in my driver, made a few putts coming in and took advantage of the par 5s.”

Michael Gligic of Burlington, Ont., leads the Canadian contingent after carding a 65 on the day to reach 9-under.

“I like this golf course, and it suits me more than Pine Ridge. I like Pine Ridge, but I never seemed to play well there and this place suits my eye a little better, so hopefully I can play well this weekend,” said Gligic, when asked about the difference between Pine Ridge and Niakwa.