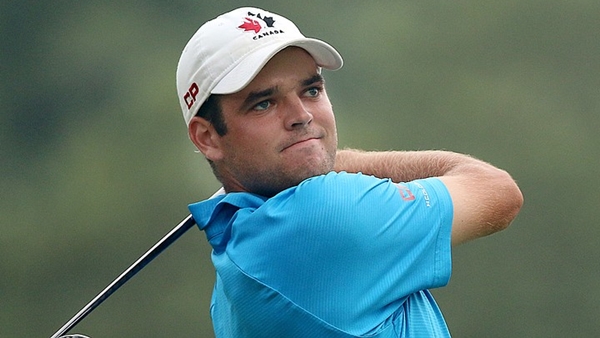 CHARLESTON, S.C. – Team Canada’s Corey Conners put forth another strong effort on Sunday, finishing in usual fashion inside the top-10 (T6) at 6-under par at the Azalea Invitational.

The 23-year-old Conners closed with a final-round, 3-under 68 in his last competitive round of golf prior to teeing it up at the pinnacle of professional golf — The Masters.

With the Masters quickly approaching, the Listowel, Ont., native will fly back to West Palm Beach, Fla., where he will continue his preparation.

“We’re both very pleased with his consistent performance this week,” said Team Canada Men’s Head Coach Derek Ingram. “We’re also able to further identify strong areas in his game, and others that could use additional attention in these next few days we have to practice.”

As a refresher, Conners earned his ticket to the Masters after finishing runner-up at the 2014 U.S Men’s Amateur Championship. He since won the prestigious Lake Macquarie championship in Australia earlier in January.

Fellow Team Canada member Austin Connelly was also in the field at the Azalea Invitational, finishing T18 at 1-under par for the tournament.

The Azalea Invitational has its own roots in history as well, having been hosted almost every year at the Country Club of Charleston since 1946.