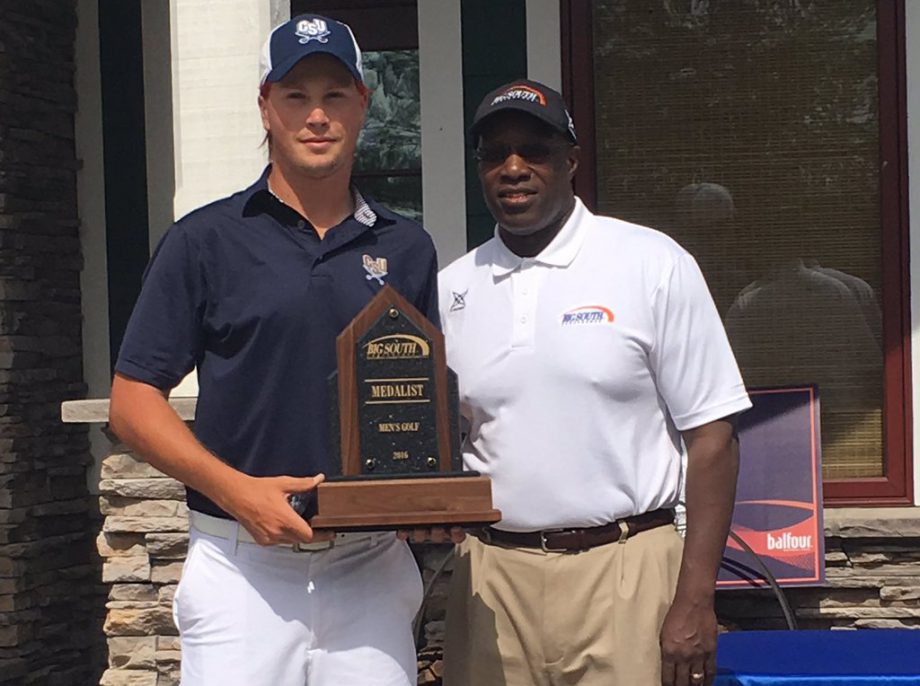 The Charleston Southern junior ran away from the field with a 3-under 69 in Tuesday’s final round to win by five strokes. His 11-under par was one stroke shy of the Big South Championship record, held by Dustin Johnson. James had four birdies on the front nine and was a consistent 1-under on the back with a birdie and eight pars.

Austin James – the younger brother of Team Canada Young Pro Squad member Augusta James – trailed by one after the opening round and led by three heading into Tuesday. CSU Head Coach Mike Wilson was glad to see James get the win he deserves after eight Top 10 finishes this season.

“Austin was just solid from the first tee on,” Wilson said. “To have three rounds in the 60’s is pretty impressive here. He hadn’t had a win. He had been really close. To come in today with a three-shot lead and never really get threatened is quite an accomplishment.”

James had a stretch of four birdies in five holes on the front nine to all but put the tournament out of reach, becoming the second Buc in as many years to earn medalist honors. Then-freshman R.J. Keur won the tournament last season.

The Buccaneers (+4) finished third overall, behind champion Liberty and Campbell (+1). The Flames finished at 11-under par to win by 12 strokes. Wilson was disappointed with the team finish, but thought the Bucs let one get away just after the turn.

The Bucs now await their NCAA fate. CSU expects to be into the tournament field for a second straight season. The selection show is May 5. CSU entered the week ranked No. 55 nationally and will likely remain in the Top 60, which has been a good spot historically to receive a bid.