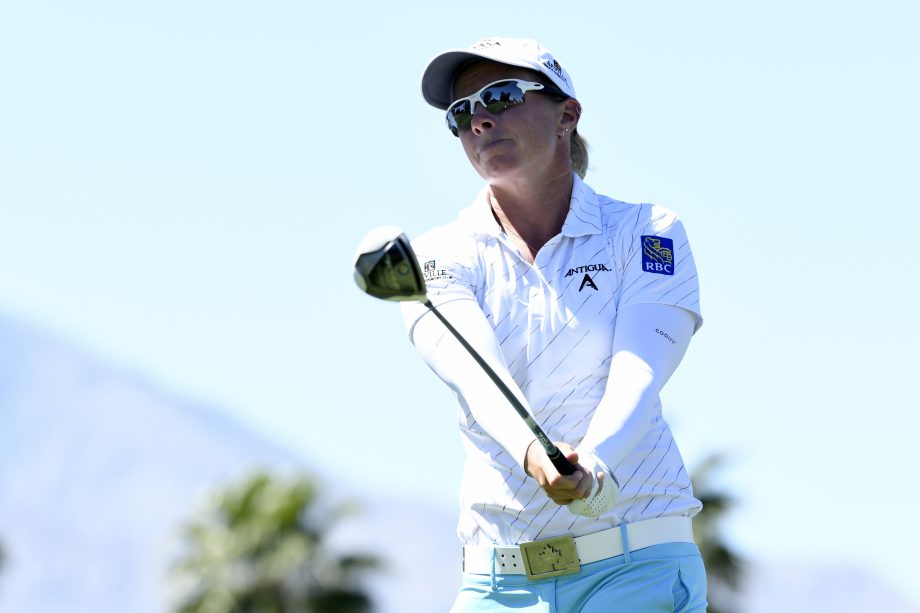 Alena Sharp is keenly aware that time is not on her side as a shortened LPGA Tour season resumes this week.

The 39-year-old from Hamilton is the only Canadian in the field as the inaugural Drive On Championship tees off on Friday at Inverness Golf Course in Toledo, Ohio. Sharp was ranked 48th on the LPGA Tour before it suspended play due to the COVID-19 pandemic in mid-February.

“It sucks that this is happening towards the end of my career because I’m playing well,” said Sharp. “I want to just keep riding that momentum for as long as I can until I decide to maybe slow down and retire.”

After taking just a few weeks off following the 2019 season, Sharp played in three tournaments to kick off the new year. She missed the cut at the Gainbridge LPGA at Boca Raton, Fla., in January, tied for ninth at the ISPS Handa Vic Open in early February, then missed the cut at the Women’s Australian Open.

When that tournament finished the LPGA Tour, about to embark on its annual swing through Asia, decided to take a four-week break to avoid what was then a regional epidemic of the novel coronavirus. That epidemic exploded into a worldwide pandemic that has gripped the world.

when you make it an extra long weekend ?

Sharp, who has been a professional golfer for 15 years, said she is worried that the dozen tournaments cancelled because of COVID-19 represent a dwindling number of opportunities to win on the LPGA Tour for the first time.

“I don’t have any injuries or anything like that but there’s a lot of up-and-coming players that are coming out and things happen as you age,” said Sharp.

A silver lining to the time off _ the longest off-season Sharp can recall _ is that she has been able to put an emphasis on her fitness. Gyms were closed in Arizona, where she lives, but she dedicated herself to outdoor workouts using kettlebells, resistance bands, smash balls and body weight exercizes.

Sharp also played regularly at Seville Golf and Country Club against some of the club’s best members to keep her competitive fires burning.

“I would play some little money games just to test myself and make sure that I was staying competitive, making the putts mean something,” said Sharp. “Some of the guys I gave strokes to so I had to play pretty well to beat them.

“I hate losing so it was definitely helpful to keep me in that competition mode.”

Sharp and Brooke Henderson of Smiths Falls, Ont., would have been competing for Canada at the Tokyo Olympics this week had it not been for the pandemic. Sharp notes that her world ranking should be improving this season because a series of missed cuts will be coming off her record, putting her in an excellent position to hold on to her Olympic berth for the rescheduled Tokyo Games.

“I’m glad that they’ve actually moved it to next year and rather than just cancel it entirely, because in four more years I mean I don’t know where I’ll be,” she said. “I hope to be still playing and being competitive but time isn’t on my side necessarily.”