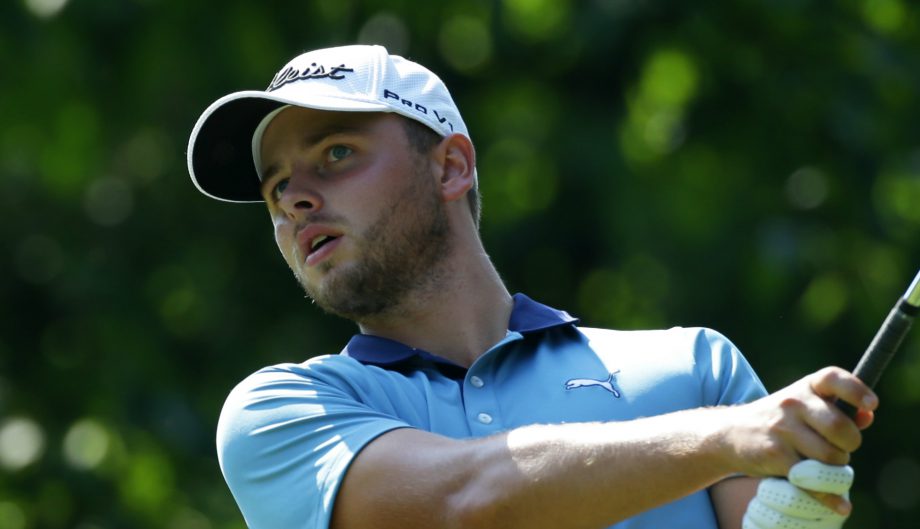 Adam Svensson of Surrey, B.C recorded eight birdies on route to a 7-under par round (65) at the Web.com Corales Puntacana Resort and Club Championship. He’s 12-under par for the championship and is two shots back after 36-holes.

Svensson rebounded well after dropping four strokes in his final two holes on Thursday. He went out in bogey-free 4-under par 32, thanks to back-to-back birdies on holes three and four, then again on holes seven and eight.

He got as low as 8-under for the day before making his lone bogey on the par-4 16th.

When he’s finding the fairway, @adamsvensson59 is tough to beat.