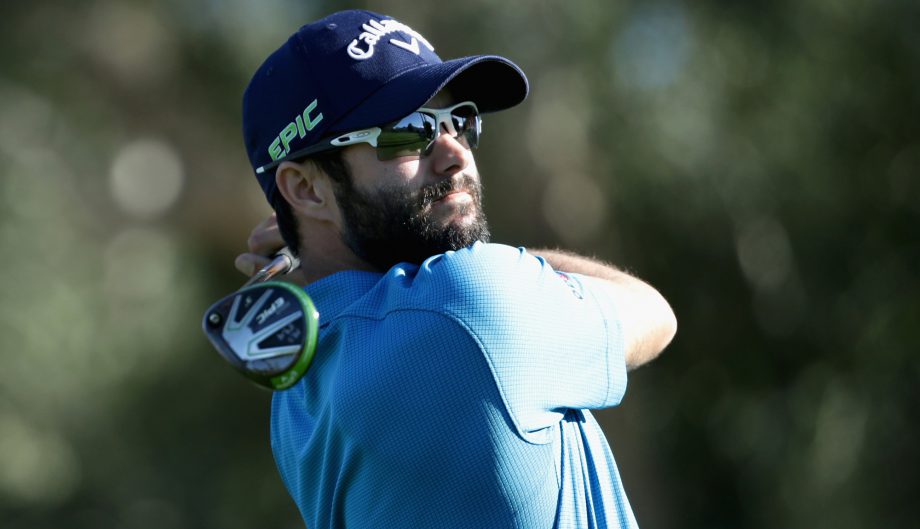 LA QUINTA, Calif. – Adam Hadwin shot a 13-under 59 on Saturday in the CareerBuilder Challenge for the ninth sub-60 round in PGA Tour history and the second in 10 days.

In cool, clear conditions in the desert after rain the previous two days, the 29-year-old Canadian made a 6-foot birdie putt on the par-4 17th and got up-and-down for par – making a 3-footer – from just off the green on the par-4 18th at La Quinta Country Club.

“Wow! I don’t really know what to say just yet. I think it’s still sinking in,” Hadwin said. “I think everybody talks about kind of they were in a zone and I think that’s kind of what happened. I was thinking about it. I knew exactly where I was. I knew exactly what I needed to do. It just didn’t seem to matter.”

Justin Thomas had an 11-under 59 last week in Hawaii in the first round of his Sony Open victory. Hadwin matched David Duval’s tournament record, a 13-under 59 on the Arnold Palmer Private Course in the final round of his 1999 victory. Jim Furyk shot a tour-record 12-under 58 last year in the Travelers Championship.

Hadwin took the lead at 17-under 199 after starting the day tied for 49th at 4 under, a stroke below the eventual cut. He played the first two days at PGA West, shooting 71 on the Jack Nicklaus Tournament Course and 69 on the Stadium Course – the site of the final round Sunday.

“The Stadium Course is a much tougher course than La Quinta,” Hadwin said. “It’s a Sunday. I got a chance to win a golf tournament. That’s what you want going into Sunday, and I’m excited about that. … They say one of hardest things in golf is to follow up a low round. I have to figure out a way to convince myself that I just shot 67.”

The former Louisville player is the first Canadian – he was born in Moose Jaw, Saskatchewan, and grew up in Abbortsford, British Columbia – to break 60 on the tour. He’s also the first to accomplish the feat on a par-72 course since Duval, and the only non-winner to do it.

“I think what gives sort of me the most confidence is that I knew exactly what I needed to do and through that whole process, if anything, I was thinking 58,” Hadwin said. “So, to be able to do it when I needed to. I know I was nervous. The putt barely went in on 17, and I only had 6 feet.

“I was happy to see the putt drop on 18. Last thing I wanted to do was miss a 3-footer for 59. So, I was more relieved than anything walking off that green.”

“He’s a character and so everything was very light, Hadwin said.

Said Knost: “We have been talking all week. We always talk when we play. So, I kept just trying to make it the same way, have fun with it and just talk to him and treat it like it’s a normal round. He knew where he stood, yeah. He was kind of joking about it. He was just focused on what he was doing. He did a great job.”

Rookie Dominic Bozzelli was a stroke back after a 69 on the Nicklaus layout.

Swafford shot a 71 on the Stadium Course, making a double bogey after hitting left into the 18-foot deep bunker on the par-5 16th and dropping another shot on the par-3 17th after barely reaching the island green.

Cauley, Campbell and Harman played at La Quinta, the easiest of the three courses. Cauley shot 65, Campbell 66, and Harman 69.

“I hit a lot of good iron shots, drove it well for the most part, and was able to roll a few putts in,” Cauley said.

Phil Mickelson closed with a watery double bogey for a 73 on the Stadium Course, leaving him eight strokes back in his return from two sports hernia surgeries. The 46-year-old Hall of Famer had surgery Oct. 19 and again Dec. 12. Caddie Jim “Bones” Mackay also is making a comeback after having both knees replaced.