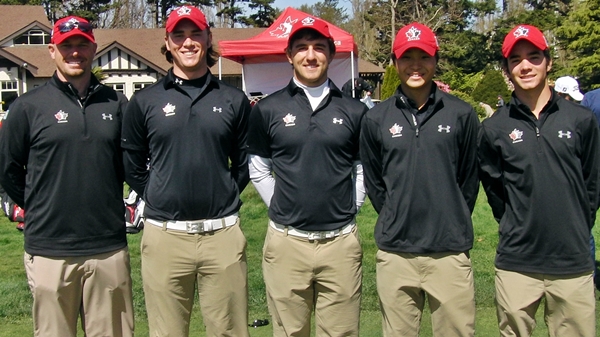 VICTORIA, B.C. – Canada has qualified for the World Junior Boys Championship by capturing one of two available spots through a qualifier being held at Victoria Golf Club.

Collectively, the boys stormed back Wednesday to steal first place honours from Mexico with a final round combined score of 3-under par. As a team the boys finished 11-over par, two strokes ahead of Mexico, who slipped down the leaderboard with a closing round of 9-over par.

Development Squad member Matt Williams was a model of consistency throughout the event, finishing at even par 210 (73-71-66). The 17-year-old Calgary native carded six birdies Wednesday en route to a 4-under 66 to finish as leading Canadian in 2nd place.

Team Mexico earned the second qualifying spot via the event. They were led by Alvaro Ortiz, who was the overall leading individual scorer with 4-under 206 (70-69-67).

Canada and Mexico will tee-it-up at the Toyota Junior Golf World Cup this June along with 10 other nations.

For the full leaderboard from the qualifying event being held at Victoria Golf Club, click here.