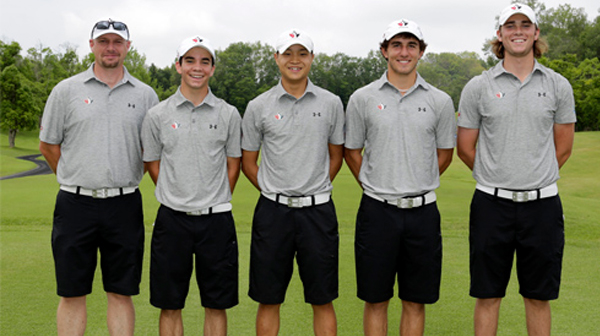 TOYOTA CITY, Japan – Canada sits tied for 9th after collectively recording a total of 2-under par during Tuesday’s opening round at the 2014 Toyota Junior Golf World Cup.

This year marks the 22nd running of the international event, featuring an expanded field of 15 countries for 2014. The format remains the same, with the top-three scores from each team being recorded for the daily total.

The Canadian contingent is made up of four Team Canada Development Squad members, accompanied by Lead Coach Robert Ratcliffe.

Sixteen-year-old Tony Gil of Vaughan, Ont. led the Canadians, shooting a 3-under 68 to sit tied for 10th. He was followed by St-Jean-sur-Richelieu, Qué. native, Etienne Papineau, who carded an even-par 71 to sit tied for 22nd. Carter Simon of Sutton, Ont., was the final score recorded by the Canadians – he shot a 1-over 72.

Calgary’s Matt Williams shot a 3-over 74 – which was discounted as the team’s highest score for the day.

Canada currently trails leading Chile by seven strokes. The United States and defending Venezuelan squad are tied for second, one-shot off the lead.

Simon, Papineau and Gil are all new to the Development Squad in 2014, making this an memorable experience for the team. You can catch a glimpse of the boys in the team introduction video below at the 43 second mark.

The boys also participated in the festivities leading up to play at the Chukyo Golf Club’s Ishino Course, with Carter Simon taking home third place honours at the long-drive contest.