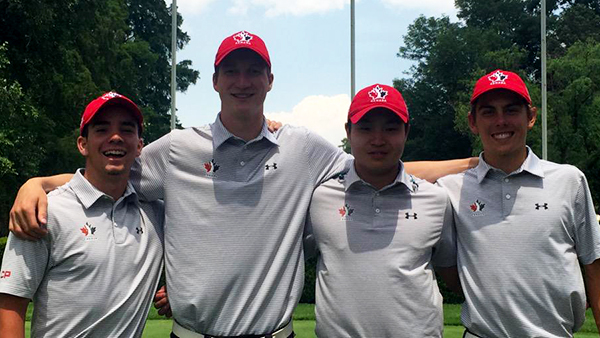 SAN BUENAVENTURA, TLALPAN, Mexico – Team Canada’s Development Squad built up a six-stroke advantage on Thursday’s final round for the wire-to-wire victory at the Toyota Junior Golf World Cup Qualifier at the Golf Club of Mexico.

The Canadian quartet finished at 14-over par after three rounds, led by 6-over (222) individual scores from Tony Gil of Vaughan, Ont. and Patrick Murphy of Crossfield, Alta.

Murphy, 18, fired a tournament-low, 2-under 70 in Thursday’s final round, which was highlighted by an eagle on the par-5 11th.

Rounding out the scores for the Canadians were Waterloo, Ont., native Trevor Ranton (+10) and St-Jean-sur-Richelieu, Qué. native, Étienne Papineau (+16).

With the win, Canada secured one of two spots to play in the World Cup—runner-up Mexico received the second.

The Toyota Junior Golf World Cup is held in Japan in June. It is the world’s only junior golf championship in which 20 national teams, winners of regional qualifiers held across six continents and participated by more than 60 national teams, compete for the world champion trophy.

In 2014, the Men’s Development Squad placed seventh, 11 strokes back of champion Norway. The best Canadian finish came in 1994 when the team took home runner-up honours.