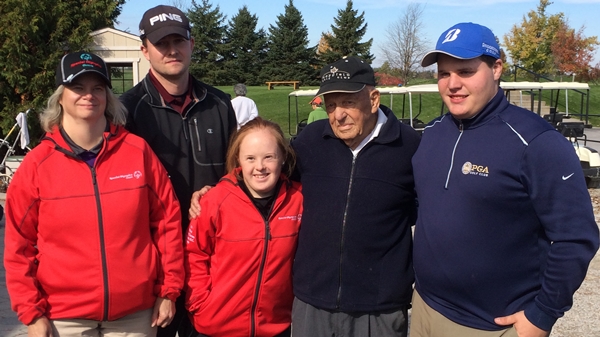 I recently participated in an event that has left me wanting more.

What will the Special Olympics World Summer Games look like in Los Angeles? How does 177 countries, 7,000 athletes and biggest event in the City of Angels since the 1984 Summer Olympics sound?

For a point of clarity, Special Olympics is not the Paralympics. Athletes participating in Special Olympic programs are athletes who have been identified as having “intellectual disabilities”.

Last week at Mayfield Golf Club (home of 97-year-old PGA of Canada Life Member Gord Delaat) in Caledon, Ont., I was privileged to be included as part of the coaching staff (in a role to support the Team Canada golf coaches) at one of the three fall Team Canada World Games multi-sport training camps. Our camp included golf, powerlifting, athletics and rhythmic gymnastics.

There was plenty of sweating, injuries and even the odd swear just to confirm there’s no fooling around here. As far as the coaches and athletes were concerned, the mission was simple: train as hard as you can.

The Team Canada Chef de Mission for #LA2015 Johnny Byrne has clearly laid the foundation and message for this team: there are no short cuts, no excuses and nothing is to be taken for granted.

I also witnessed behaviours I wasn’t expecting as much—athletes who were nurturing, caring and empathetic to teammates in their own sport and to those in other sports. On more than one occasion I saw athletes, both figuratively and literally, helping his or her teammate get up, dust him or herself off and get back at it. There was no time to stay down; there is critical training to complete.

There were no athletes at this training camp looking for anything except coaches who would hold them accountable and pushed outside of what felt comfortable. Three days of very early mornings and very late nights saw technical and tactical components tested and trained. Physical testing, nutrition, medical, strength and conditioning and mental sessions were also completed.

Special Olympics Canada is very proud of what they do.

And they should be.

They have maintained the sensitive and daunting balance between sport for life, health and integration and pursuing excellence and international standards.

The PGA of Canada and its members should be equally proud of the work we are doing with Special Olympics Canada and their coaches.

As a country, at the end of July we need to turn our attention to Los Angeles to support, inspire and most importantly, cheer on our team.

As I recently tweeted, the athletes I ate, trained and sat around a campfire with will have changed my life more than I have influenced theirs.