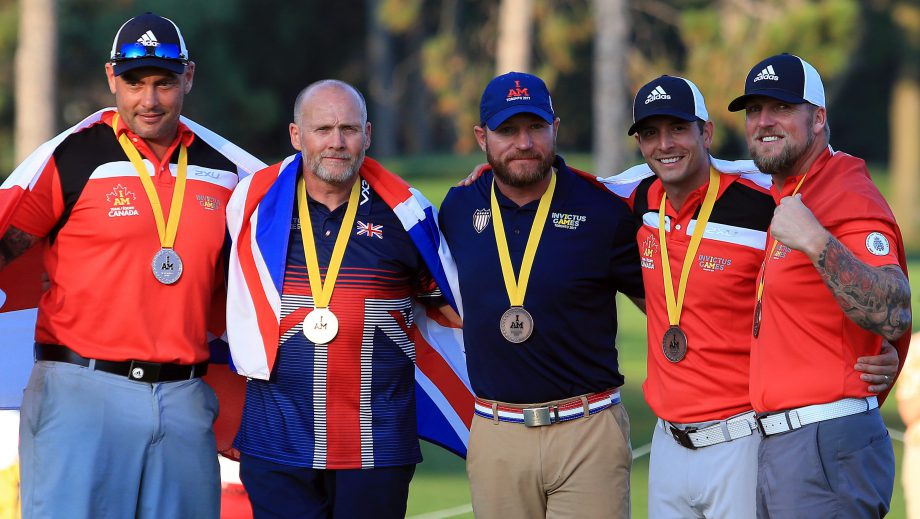 Claiming gold in the men’s competition with a 38-point total was David Scott of the United Kingdom. Canada’s Étienne Aubé claimed silver with 37 points.  Canadians Dan Graham and Jay Nickol earned bronze with 35 points, as did American Josh Lindstrom.

His Royal Highness Prince Harry was on hand at St. George’s to cheer on competitors.

Prince Harry wishing competitors the best of luck as they continue competing in the final round of adaptive golf @StGeorgesGCC! #IG2017 pic.twitter.com/zoLPcRWvTB

The Invictus Games are an international sporting event for wounded, ill and injured servicemen and women, both currently serving and veterans. The Games use the power of sport to inspire recovery, support rehabilitation and generate a wider understanding of and respect for those who serve their country.

The word Invictus is Latin for unconquered. It embodies the fighting spirit of the wounded, injured and ill service personnel and what these tenacious men and women can achieve, post-injury.

For more information on the 2017 Invictus Games, visit www.invictusgames2017.com.