Campbell shoots 63 to surge to lead at RBC Canadian Open, Hearn in hunt 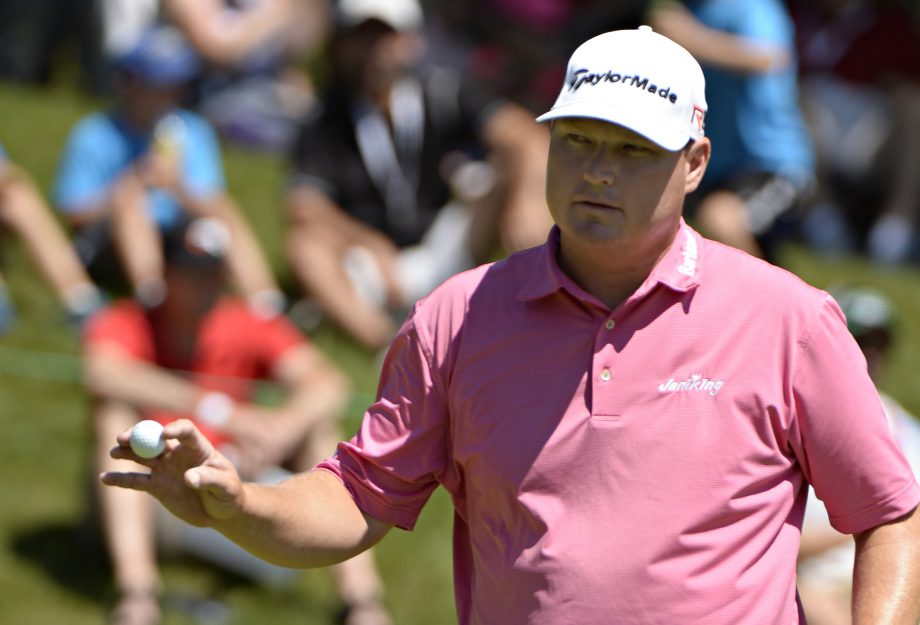 OAKVILLE, Ont. – Chad Campbell didn’t feel like he was approaching history during the second round of the Canadian Open.

Rolling off birdie after birdie, Campbell missed the course record at Glen Abbey Golf Club by one stroke in shooting a 9-under-par 63. The bogey-free masterpiece gave him the tournament lead at 14-under.

“Never really felt like it was going to be a crazy round, which nine birdies, I’m definitely happy with it,” Campbell said. “Just solid play.”

Campbell’s understated assessment of his round had a lot to do with how it unfolded. The 41-year-old American didn’t sink any remarkably memorable shots but was consistent and didn’t make many mistakes.

“It’s kind of weird because it happened with the par-5s, knocking them on (the green) in two and two-putting,” Campbell said. “I made a couple long putts, which always helps.”

With some groups still left on the course, Campbell held a two-shot lead over Brian Harman and a three-shot lead over Johnson Wagner and Canadian David Hearn.

Like Campbell, Hearn didn’t have to do anything spectacular but still surged up the leaderboard with an 8-under 64.

“I felt really good about my game,” the Brantford, Ont., native said. “I hit a lot more greens, and my putter definitely got hot. Making those two birdies at the finish felt really, really good.”

After coming a putt away from winning the Greenbrier Classic earlier this month, Hearn is back to feeling good about his game after Friday’s performance.

“If I continue to keep playing the way I am, I know I have a chance,” he said. “I can’t control what Chad or any of the other players are going to do. But if I keep doing what I’m doing and stay focused on that, I like my chances.”

Campbell’s second round notwithstanding, the RBC Canadian Open looks wide-open going into the weekend. Harman came a three-putt and a “silly bogey” away from being right with Campbell, and 10th-ranked Jason Day is lurking at 10-under.

Day is coming off tying for fourth at the British Open, which didn’t wrap up until Monday. Fighting physical and mental fatigue, the affable Aussie recorded an eagle on the 18th hole on the way to contention.

Frustrated by a couple of bogeys, Day doesn’t anticipate fatigue getting to derail his RBC Canadian Open.

“I’m driving it great,” Day said. “I’d like to tune-up the iron shots, but overall I’m hitting it good. ”Biggest thing for me is still trying to get as much rest as possible, especially coming off last week so that I can stay mentally sharp.“

“When it all came down to it, I felt if I could compete and still hit the ball well, I probably would have kept going,” DeLaet said. “But I didn’t have any kind of golf game out there today, and then it was hurting.”

Among Canadians still in the field, amateur Austin Connelly was one stroke away from matching Hearn’s mark, shooting a 7-under 65. Connelly, who represented Canada in the Pan Am Games, is at 6-under through two rounds.

Fellow amateur Blair Hamilton is 5-under, and Adam Svensson is 4-under.

Ricky Barnes hit a hole-in-one on No. 4, winning a new BMW i8 in the process.

“It was a perfect 8-iron,” said Barnes, who’s 6-under. “I think the yardage was 165 into a little breeze, and it just landed right in the hole and never came out.”