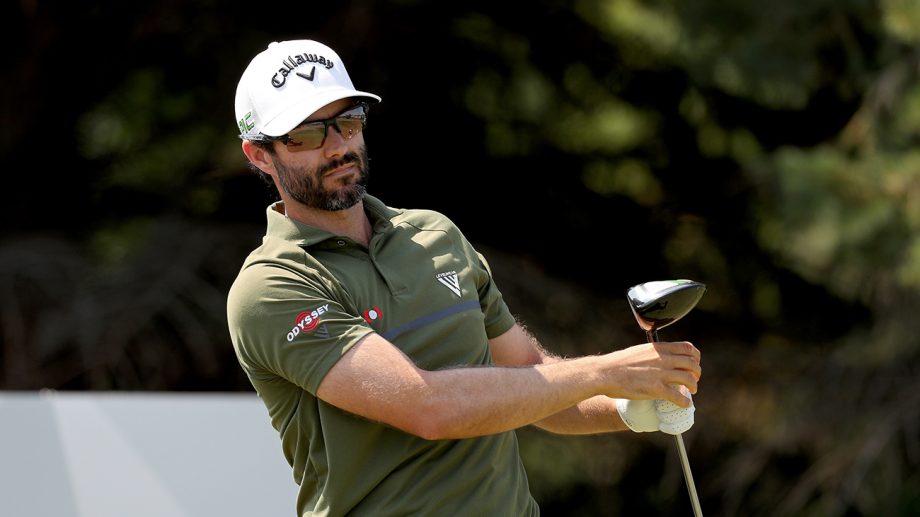 BLAINE, MINNESOTA - JULY 25: Adam Hadwin of Canada plays his shot from the second tee during the final round of the 3M Open at TPC Twin Cities on July 25, 2021 in Blaine, Minnesota. (Photo by David Berding/Getty Images)
Associated Press

BLAINE, Minn. (AP) – Cameron Champ was struggling mightily through the first half of this year, a frustrating series of performances that pointed him back to his state of mind more than any mechanical flaw.

Like many newlyweds, the 26-year-old was distracted by the delicate balance of passionately pursuing his career while still trying to carve out a healthy personal life at home. He found himself becoming much too upset by a bad round.

There sure wasn’t much for Champ to be mad about at the 3M Open.

Champ fended off dehydration and crisply putted his way to a 5-under 66 on Sunday, winning by two strokes for his third career victory.

Louis Oosthuizen, Jhonattan Vegas and Charl Schwartzel tied for second. Keith Mitchell was fifth at 12 under, and behind him were five players tied for sixth.

Champ joined Collin Morikawa, Jon Rahm and Bryson DeChambeau as the only under-28 players to win in each of the last three seasons on tour. He jumped from 142nd to 49th in the FedEx Cup standings, with the top 125 qualifying for the playoff opener.

This month has brought quite the turnaround for the Texas A&M product, after nine missed cuts and one withdrawal over his first 16 starts of 2021. The best finish in that stretch was a tie for 17th at the Zurich Classic of New Orleans.

Champ hit the reset button after missing the cut at the Rocket Mortgage Classic in Detroit three weeks ago, though, and emerged with a tie for 11th at the John Deere Classic in Illinois.

His wife, Jessica, was surely happy to hear that.

“It’s more so realizing what I want to do in the game of golf and then who I want to be at home. It’s a balance you have to find, and if you don’t, it can really haunt you and it can cause a lot of issues,” Champ said. “So I just feel like the last two months I’ve been in a lot better head space.”

During another 90-degree day, Champ was far from his physical best. He felt some dizziness along the back nine, putting his hands on his knees at one point as he hung his head to try to regain some composure. He had plenty of it on the last hole, after his safe strategy with the tee shot to stay away from the lake landed way left in a trampled, sandy area directly behind a clump of trees.

Champ managed to chip out onto the primary rough, then scoot up the fairway. His approach was a beauty that landed perfectly and rolled back toward the pin. He sank the easy par putt and had enough energy to pump his arms in celebration of his first top-10 finish since last October.

He had the best putting performance of the 3M Open field, with an average of 8.48 strokes gained.

Oosthuizen shot 66, too, in a much stronger finish than the previous weekend at the British Open, where his 54-hole lead turned into a tie for third after a fourth-round 71.

Playing six pairs ahead of Champ, Oosthuizen birdied three of the last four holes to give himself an outside chance. His approach to the 18th green almost yielded an eagle on the PGA Tour’s hardest par-5 hole, but the ball lipped out. Oosthuizen made a 2 1/2 foot putt for birdie instead and his fourth runner-up finish in seven starts. Schwartzel, his fellow South African, posted a 68 to match Vegas in the final round.

Cameron Tringale, a one-stroke leader after the third round, took a triple bogey on the par-3 13th hole right after consecutive birdies had brought him back into contention. He shot 74 and finished six strokes behind Champ, leaving PGA Championship winner Phil Mickelson as the only 54-hole leader or co-leader to win in the last 13 tour events.

“Once I start an event,” Reed said, “I’m definitely going to finish the event.”