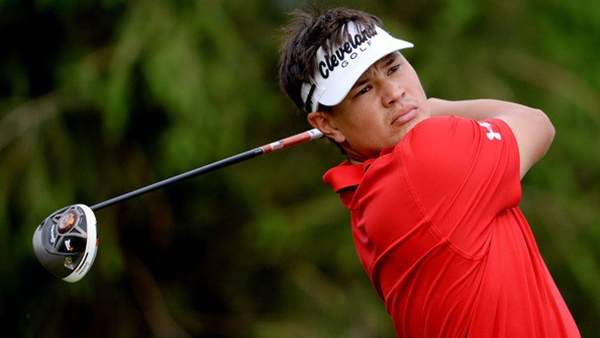 (Calgary Herald) Calgary’s Ryan Yip traveled halfway around the world to try to further his golf career on the weekend.

And the move paid off.

The 29-year-old, who grew up playing at Bearspaw Country Club in Calgary, won an Asian Tour Qualifying School event at Imperial Lakeview Golf Club in Phetchaburi, Thailand, on Saturday.

Thomas J. O’Toole Jr., of St. Louis, Mo., will serve a one-year term as the 63rd president of the United States Golf Association (USGA). The election of officers and the 15-member USGA Executive Committee also took place this past weekend during the USGA’s Annual Meeting in the Village of Pinehurst, N.C.

As president, O’Toole, 56, assumes the leadership of the more than 300 professional staff and nearly 1,200 volunteers who serve the 119-year-old organization, and succeeds Glen D. Nager, of Washington, D.C., who served for two years as USGA president.

“It is an honor and a privilege to lead such a noble organization,” said O’Toole during remarks made at the USGA Annual Meeting. “I am excited and energized to continue my service to the Association and keenly aware of the magnitude of the profound responsibilities that accompany this role.”

Under O’Toole’s leadership, the USGA will continue to focus on the core priorities that have been established in the Association’s strategic plan: to conduct the most exemplary championships in golf, to provide worldwide excellence in governing the game, and to enhance critical services that support the game and those who play it. The USGA’s efforts and investment in these strategic areas are vital to maintaining a game that is vibrant and sustainable. Building on the USGA’s considerable efforts of the past, O’Toole challenged the Association’s volunteers and staff and the industry at large to strive for a game that is affordable, environmentally responsible, in balance with modern lifestyles, and – importantly – welcoming and accessible to all who wish to play.

ClubLink has acquired the 36-hole Hidden Lake Golf Club in Burlington, Ont., and plans to continue to operate it as a daily-fee facility with local membership programs.

“Hidden Lake Golf Club has a long history of not only hosting many professional and amateur events over the years, but also of providing an outstanding experience to the public golfer in the western Greater Toronto Area,” said ClubLink President and CEO Rai Sahi. “Our intention is to continue serving the daily-fee market while offering locally based membership opportunities.”

George Tidd, managing partner with Terry Parker of Hidden Lake Golf Club, said he was pleased with ClubLink’s vision for the future of the facility.

“Since 1979, we have grown this into one of the most popular golf courses in the Burlington-Oakville region by offering the public golfer a great experience at an affordable fee,” said Mr. Tidd. “We couldn’t be happier that ClubLink, with its commitment to growing the game at all levels, plans to continue this legacy.”

Hidden Lake Golf Club consists of two championship courses that cover approximately 500 acres of picturesque Niagara Escarpment landscape. Opened in 1962 as the 18-hole Lake Medad Golf and Country Club, it was purchased in 1979 by a local consortium led by Mr. Tidd and Mr. Parker, both golf professionals, and renamed Hidden Lake Golf Club.

Hidden Lake has served as qualifier for the RBC Canadian Open on many occasions.