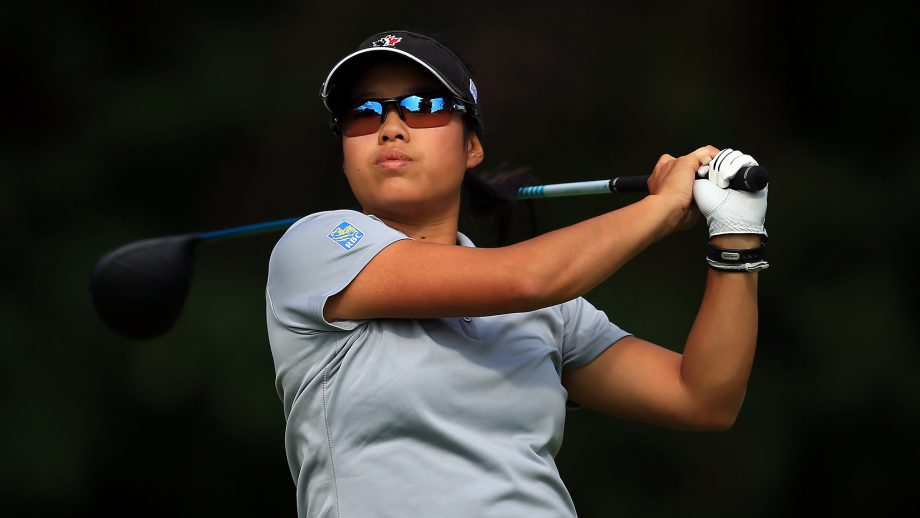 It took weeks for Jaclyn Lee to really absorb that she had become a professional golfer. The Canadian announced she was joining the LPGA Tour on Dec. 7 but it wasn’t until classes at Ohio State University had resumed that it really clicked for Lee.

“I was at the indoor facility having a chipping competition with a few of my former teammates and guys from the men’s team and we were all talking smack. One of the guys said ‘ohh I’m trying to beat an LPGA player,’ and it kinda just hit me,” said Lee. “That kinda sounds weird, but it’s true.

“It’s just been little moments here and there where your whole lifestyle changes. Just to hear other people say it out loud is weird, but it’s my reality.”

Lee, from Calgary, will make her professional debut on the LPGA Tour on Thursday at the ISPS Handa Vic Open in Australia. She made the cut at last year’s Meijer LPGA Championship, finishing at 10-under 278 to tie for 35th but did not keep her winnings to maintain her amateur status. Turning pro meant giving up her spot on the Buckeyes’ golf team, but allowing herself to claim winnings at LPGA events.

She will be joined at the inaugural Vic Open by fellow Canadian Brittany Marchand of Orangeville, Ont., Hamilton’s Alena Sharp and Quebec City’s Anne-Catherine Tanguay. Brooke Henderson of Smiths Falls, Ont., pulled out of the event on Sunday due to illness.

Lee expects that transitioning from the NCAA to the pro game won’t be too difficult, at least on the course. Sorting out the logistics has been difficult, whether it was changing her U.S. visa status, finding an agent, or contacting her professors at Ohio State so they know that she’ll be out of the country weeks at a time as she wraps up her degree in finance.

“It was a lot of busy work and work in which I was the middle man in communications,” said the 21-year-old Lee. “It got a bit overwhelming at some points but it was all worth it in the end, for sure.

“It’s a situation that I wanted to be in, but it’s a lot more than just saying ‘I want to turn pro’ and that’s it.”

Lee sank a 10-foot putt for birdie on the final hole of the Q-Series LPGA qualifying tournament on Nov. 3, finishing the eight-round event in sixth place at 7 under to earn her card. After that she consulted with her family and coaches – both at Ohio State and with Golf Canada – on whether or not she should make the leap of faith and turn pro.

Tristan Mullally, Golf Canada’s women’s head coach, was part of Lee’s decision-making process and he believes she’s ready for the next chapter of her playing career.

“I wish everybody was like Jaclyn,” said Mullally, who reviewed all of Lee’s recent tournaments with her to underscore just how ready she was to turn pro. “She works really hard, she’s a smart kid, she’s honestly just a pleasure to be around. I don’t say that about everyone, I know you may think that.

“She’s just a great kid who has earned everything she’s got and is very appreciate of all the help.”