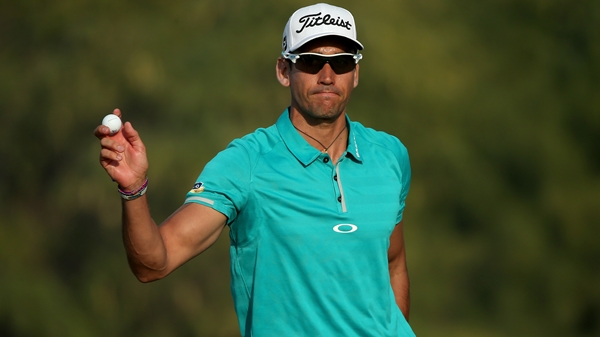 DOHA, Qatar – Rafa Cabrera-Bello birdied four of his last five holes for a 7-under 65 Thursday to take a two-shot lead after the second round of the Qatar Masters.

The Spaniard had three straight birdies from the 14th and then rolled in another at 18 for a 13-under total of 131. The late charge meant he overtook first-round leader George Coetzee of South Africa, who carded a 69 earlier in the day at the Doha Golf Club course.

Cabrera-Bello said “I got on a very hot streak on my back nine with the putter, so that was very good.”