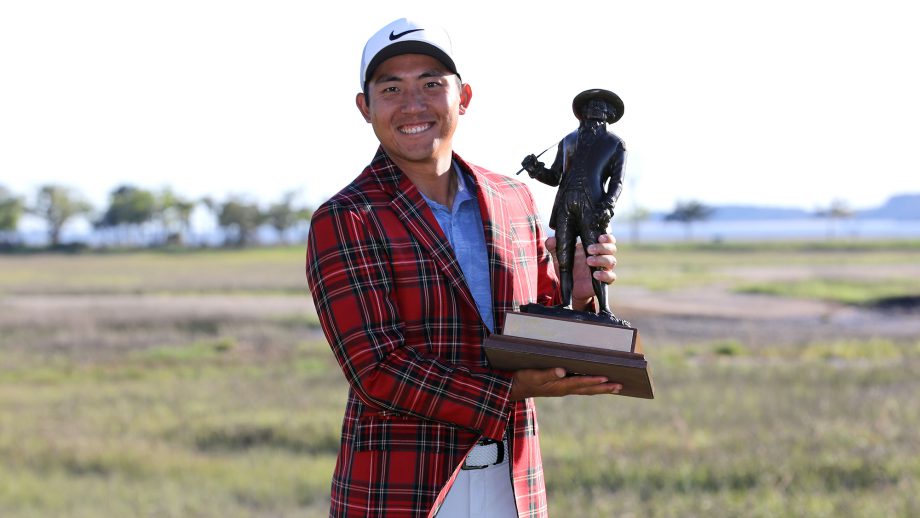 The 27-year-old Pan, from Taiwan, closed with a 4-under 67 on Sunday at Harbour Town Golf Links for a one-stroke victory over Matt Kuchar. Pan finished at 12-under 272.

Pan took the lead for good with a 9-foot birdie putt on the par-4 16th.

Kuchar closed with a 67.

Patrick Cantlay, Scott Piercy and Shane Lowry tied for third at 10 under. Cantlay and Piercy shot 69, and Lowry had a 70.

Pan headed to the practice range after the round to keep ready in case of a playoff, then raised his arms in triumph when told he’d won. He earned $1,242,000, a PGA Tour exemption through 2020-21 and spots in next month’s PGA Championship and next year’s Masters. He’s the RBC Heritage’s fourth straight first-time winner.

Congrats to our friends at the @RBCHeritage for a successful tournament week. And, congrats to @ctpan63 for earning his first @PGATOUR win ?#PlaidNation