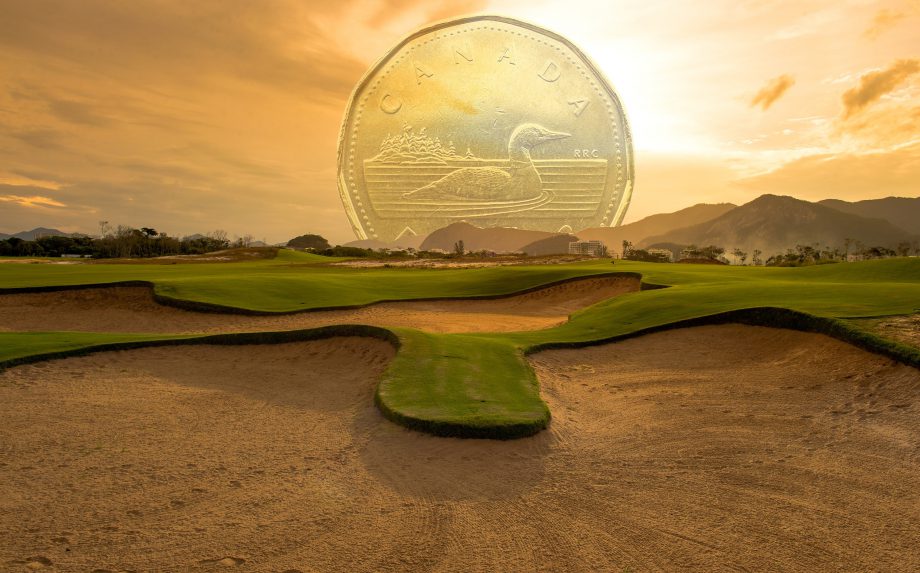 In 2002, a Canadian loonie buried at centre ice galvanized a nation and inspired a pair of gold medal performances. The Olympic winter games in Salt Lake City saw the Canadian men’s and women’s hockey teams top the podium and capture the titles of Olympic champions. In Rio de Janeiro – 14 years later – another lucky loonie awaits the four Canadian Olympians who will take part in golf’s return to international sport’s grandest stage following a 112-year absence.

Ian Andrew, a course architect based in Brantford, Ont., who worked on the Campo Olimpico de Golf in Rio de Janeiro, stashed the Canadian $1 coin at the heart of the 18th green.

The hope: to once again rally Canadians from coast-to-coast behind their Olympians to successfully defend the Olympic gold medal won by Canadian George S. Lyon in 1904, the last time golf was part of the Olympic Games.

Click here to read the full story from Garry McKay in the Hamilton Spectator.

The quartet comprising Team Canada for the 2016 Olympic Games in Rio de Janeiro will be celebrated onsite at Glen Abbey Golf Club in Oakville, Ont., on Tuesday, July 19 during the 2016 RBC Canadian Open. Admission onto the grounds of Glen Abbey that day for spectators looking to join in the celebration of Team Canada’s Olympic golfers is FREE.