Bubba has clubs, will travel around the world 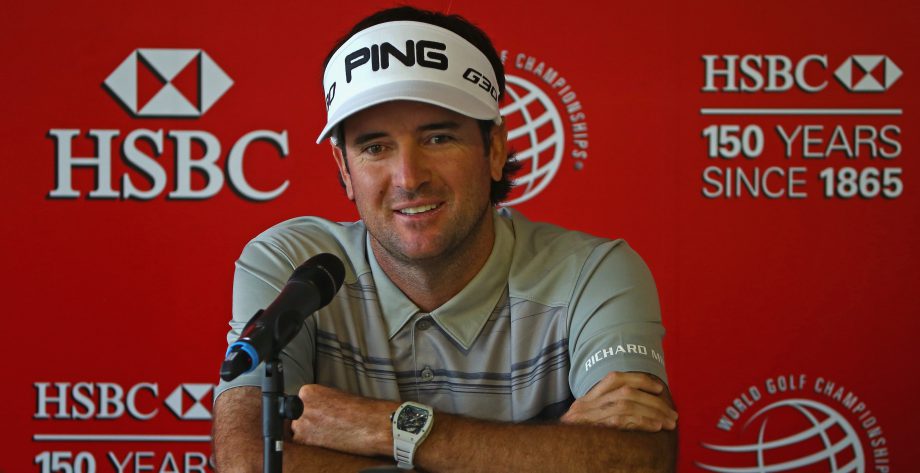 SHANGHAI (AP) — Bubba Watson is in China this week, Japan next week, and there’s one more stop in Thailand before the year is over.

Golf is more global than ever, and the two-time Masters champion wants to be part of it.

“I wanted to win outside the U.S.,” Watson said Wednesday on the eve of his title defense in the HSBC Champions. “And after getting a taste of victory outside the U.S. here last year, I want to do that again. I’m going to try to do it again.”

Watson was portrayed as an uncultured American four years ago when he went to France and didn’t have the best week, which included comments about historic sites without knowing what they were.

But he’s getting the hang of it.

“Getting better as a golfer, as a person, I want to try different cultures and learn different golf courses in different areas of the world,” Watson said. “And so for me, it’s just fun. And right now, I’m playing pretty good. So I have the ability to travel and play and do some things that I want to do for my own career and my own personal goals. So that’s why I’ve travelled and played more than some other guys.”

This is his second trip to China – Watson played the Shenzhen International a week after the Masters this year.

He will play on the Japan Golf Tour next week, and then return to the Thailand Open. A year ago, he donated his prize money to the foundation of Thongchai Jaidee.

Watson said his first taste of international travel came early when he played on a U.S. team that competed in South Africa. He also recalls a trip to Ireland with some friends to play golf.

“I’ve traveled different places, and just watching golf on TV, watching guys from all over the world winning and competing, it drives you to get better in the game,” he said. “To get better, you want to try to get to all areas in the world and play against different talent and different cultures and see different golf courses around the world.”

He will have played in five countries by the end of the year.

Watson could have played six, but he said he was going to skip the Hero World Challenge in the Bahamas a week after Thanksgiving because he needs a break.