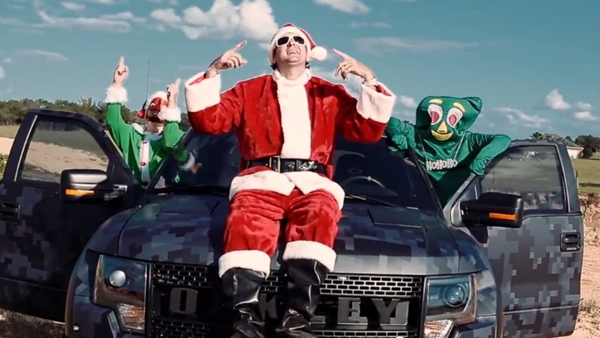 Just in time for the holidays, two-time Masters champion Bubba Watson dropped his hip-hop video Bubbaclaus “The Single” which entails him dressing up like Santa, calling himself “Bubbaclaus” and promoting his #Bubbaclaus movement on Twitter where he gives gear away to fans.

It’s safe to say you won’t find this track on any top holiday song lists, but thought we’d share anyway.

A friendship in Hawaii has led to Michelle Wie making her first cameo on a television series.

Wie met actor Daniel Dae Kim through mutual friends in Hawaii – Wie was born and raised in Honolulu, while Kim has been living in paradise with his wife and children toward the latter years of his role in the miniseries “Lost.”

Kim played in Wie’s charity Ping-Pong event after she won an LPGA Tour event in Hawaii this year. He was working on a movie in Atlanta in June when he drove over to Pinehurst No. 2 to watch Wie win her first major at the U.S. Women’s Open.

That led to Wie getting a small part in an episode of “Hawaii 5-0,” on which Kim plays Chin Ho Kelly. Wie shot the episode this weekend while in Hawaii. Still unknown is her role, although agent Jamie Kuhn says Wie is playing herself.

Wie took an Instagram sitting in a director’s chair, flashing the “hang loose” sign and adding, “Officially an actress now” with three emoticons crying of laughter.