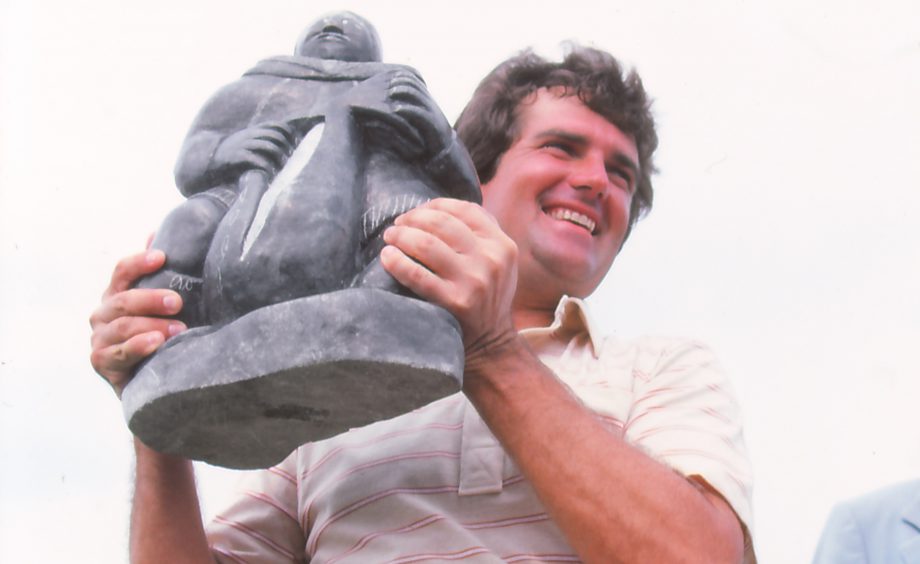 Lietzke’s family said he died at his Athens ranch.

“Our PGA Tour family lost a treasured member with the death of Bruce Lietzke,” PGA Tour Commissioner Jay Monahan said in a statement. “He touched on parts of five decades as a player, competed in 700 tournaments as a member of the PGA Tour and PGA Tour Champions, and recorded a total of 20 victories.

“But to celebrate Bruce Lietzke’s life properly, we offer praise to the great family man and the cherished friend to many.”

With family, fishing and a large muscle car collection to tend to, the 13-time PGA Tour winner had little time or desire to tinker with a trusted swing that didn’t need tinkering – as the banana story hilariously illustrates. It started at the final event in 1984 when Lietzke told caddie Al Hansen that he wouldn’t touch his clubs again until the 1985 opener. The unbelieving Hansen put the banana in Lietzke’s golf bag as a test, only to discover the rotten fruit still there in January.

Lietzke was introduced to golf in his native Kansas City, Missouri, and starred at Forest Park High School in Beaumont, Texas, before moving on to the University of Houston.

Lietzke played in the United States’ 1981 Ryder Cup victory in England, and finished second to John Daly in the 1991 PGA Championship. He won seven times on the senior tour, the last victory coming in the 2003 U.S. Senior Open.