Brooks Koepka shoots 3-under 67 for 36-hole lead at St. Jude 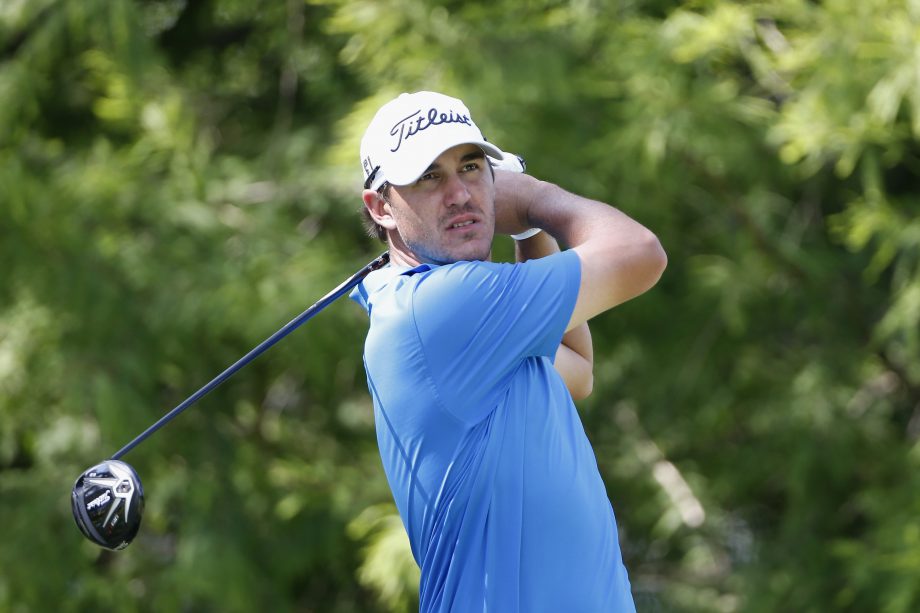 MEMPHIS, Tenn. – Brooks Koepka is tuning up quite nicely for the U.S. Open at the event he added at the deadline.

Koepka, who had a share of the lead after the first round, shot a 3-under 67 Friday to lead the St. Jude Classic by a stroke after 36 holes. He turned in a four birdie-one bogey round for a 9-under 131.

“Playing solid golf, no mistakes, being very patient, waiting for my opportunities to come,” Koepka said. “And when they have come, I’ve kind of taken advantage of them, but I still feel like I could be about 5, 6 under par … Really haven’t been firing on all cylinders, but good enough to be at the top.”

Austin Cook (64) was at 132. The Arkansas native is playing his tour event after getting a sponsor’s exemption.

“There’s a lot of people here, and I’m sure lot more buying tickets right now to come tomorrow,” Cook said after matching the best round.

TPC Southwind played firmer with temperatures in the 90s drying out the course, and that has greens playing faster along with some tricky pin placements Friday.

Koepka hit 14 of 18 greens for a second straight round and needed 28 putts Friday. The Floridian who won his first career title in February in Phoenix likes his chances going into the weekend as he tries to join Rory McIlroy, Jordan Spieth and Jimmy Walker as multiple winners on tour this season.

“I haven’t blitzed the golf course yet,” Koepka said. “You can shoot 8, 9 under in a round out here. I feel like the greens are so good, you put the ball in the fairway you really take it 8, 9 under. Being in the lead is nice, but would have liked to have been a few more under par.”

Steve Alker briefly had the lead at 10 under with two holes to play only to finish bogey-double bogey. He had a 68-133 total and needed only 23 putts Friday as he got to 10 under with his sixth birdie of the round.

Alker said he picked the wrong club on the par-3 No. 8 where his tee shot landed short of the green leading to his second bogey of the round. Then he put his first three shots on No. 9 – his 18th hole – in the rough leading to double bogey.

The New Zealand native who now lives in Arizona said he wasn’t aware he was the first to 10 under at TPC Southwind.

“It’s a good thing it’s not Sunday and finish two behind that would be bad,” Alker said. “You have to look at the positives and say, `I’ve got two days left.’ I’ve been swinging it pretty good and still learning the putter, so there’s a lot of good things going on.”

At one point Friday, as many as five were tied atop the leaderboard with eight having a piece of the lead at some point.

Koepka was tied with four others when he teed off in the afternoon and promptly birdied his opening hole to take the lead to himself. Koepka, who played at Florida State and joined the PGA Tour last year, took the lead back with consecutive birdies on Nos. 15 and 16.

He called his birdie on the par-5 16th a bit embarrassing after his attempted chip for eagle missed by 3 feet.

Phil Mickelson was tied with seven others at 137 after a 69. He spent some time on the range before his afternoon tee time, which helped him hit better shots both off the tee and with his irons. Mickelson said pin placements kept him from attacking the greens, but he agrees that this course can give up even a 7-under round to anyone making birdies.

“The swing is starting to feel a lot better,” Mickelson said. “I feel a lot more confident on where the ball is going to go, and so hopefully I’ll be able to put it together tomorrow and have a good round and get in contention.”

Divots: Steven Bowditch and Retief Goosen were among those missing the cut at 1 over with 76 playing the weekend. … David Hearn had his hole-in-one on tour on No. 4 with a 6-iron from 185 yards and shot 68 to make the cut, and Hudson Swafford had an ace on No. 14 with a 9-iron from 169 yards. Hearn said this was his eighth overall and first since holing out on No. 8 here in a practice round with the same club. … Kevin Chappell tied the course record with a 29 on the back nine with six birdies. He finished with a 64-135.