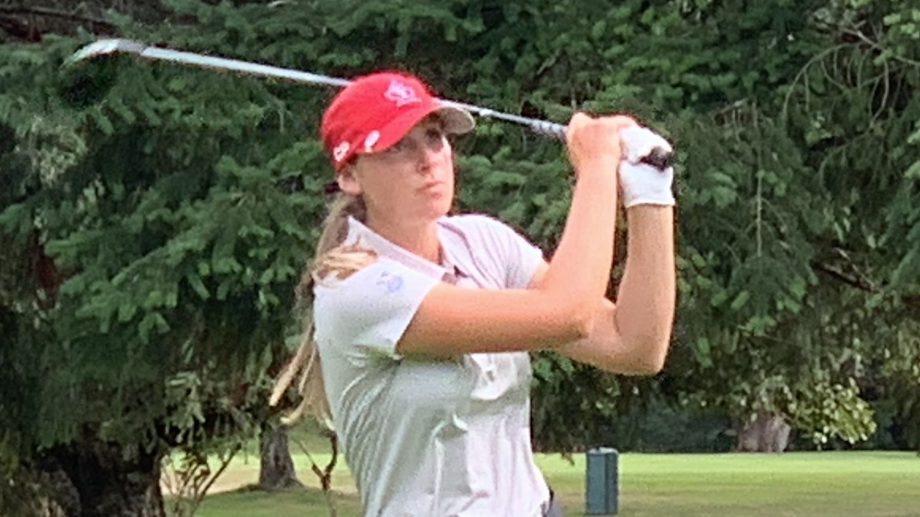 VICTORIA, B.C. – Brooke Rivers’ debut on the international golfing stage is off to a splendid start as the 14-year-old from Brampton, Ont. helped put Canada on the board Thursday at the Astor Trophy.

Rivers, who is about to enter Grade 9, won both of her matches Thursday at Royal Colwood Golf Club as Canada earned half a point by tying its matches with Australia.

Rivers teamed with Noémie Paré of Victoriaville, Que., to win their foursomes match 2&1 over Australians Amelia Mehmet-Grohn and Kirsty Hodgkins. After a quick lunch, Rivers then went out and beat Australia’s Emily Mahar 2-up in their afternoon singles match.

“I am having so much fun,” Rivers said. “It is such a great learning experience, playing with people from different countries. Most of them are in university or finishing university. I can learn so much from them. It has been an incredible experience.”

The Astor Trophy, which has been played every four years since 1959, features teams from Canada, Australia, New Zealand, South Africa and Great Britain & Ireland.

Each four-woman team plays one another once during the five-day competition.

“It was nice to be able to play well and get the win,” said Zhu, who earlier this summer won the Canadian Junior Girls Championship. “It was a really tight match. My opponent was really good. She made a bunch of putts.”

Thursday’s other match had South Africa facing Great Britain & Ireland. The teams tied both of their morning foursomes matches and split their four singles matches to each earn half a point.

South Africa looked to be on its way to tying the last singles match of the day and earning a full point, but GBI’s Emily Toy won the match on the 18th green when South Africa’s Kaylah Williams missed a four-foot putt for par.

The standings through the first two days of the competition have South Africa, New Zealand and Australia all tied with one point. Canada and Great Britain & Ireland each have half a point.

Canadian coach Matt Wilson was delighted to see his team get on the board after being blanked in its opening-day match Wednesday against New Zealand.

“It’s definitely helpful to get on the board in the first couple of days,” Wilson said. “We have a rest day Friday where we can do a bit of work and rest up and prepare for the final two days because they are going to be pretty tough.”

Wilson, who is Golf Canada’s Next Generation Director and National Junior Girls Coach, has been impressed with Rivers’ play. Rivers has won three of four matches the first two days.

“She’s 14, hits it long and has a lot of strengths that really suit this style of golf,” Wilson said. “She can turn the page pretty quickly if she has a bad hole and I have been impressed with how she has embraced the opportunity to play against top competition and test herself. She hasn’t backed down.”

Each team gets one day off during the competition. Canada’s day off is Friday, when South Africa will play New Zealand and Great Britain & Ireland face Australia.

Australia won the event when it was last contested in 2015 at the Grange Golf Club in southern Australia. Canada has won the Astor Trophy on two occasions, in 1987 and 1979.

Morning foursomes will be begin at 8a.m. and the singles matches are scheduled from 12:30p.m. to 1:40a.m. each day. There are three days remaining in the competition and admission is free for spectators.