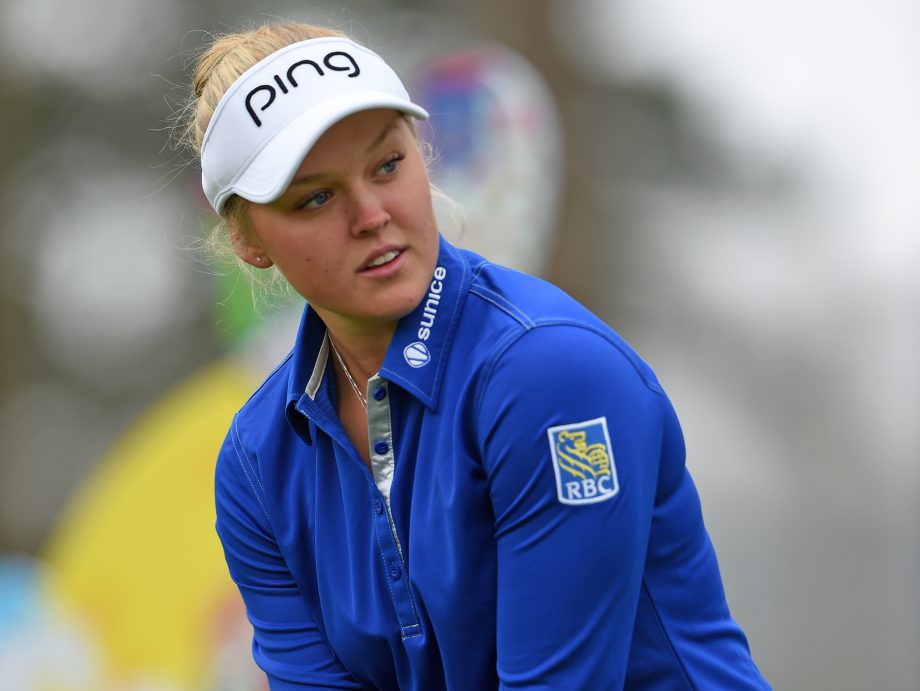 “Since turning professional in December, my goal has been to play in as many LPGA Tour and Symetra Tour events as possible to earn LPGA status and avoid the Q-School process. After winning the Four Winds Invitational last week, LPGA Commissioner Whan graciously granted me membership on the Symetra Tour which allows me the opportunity to earn my way onto the LPGA. I am now guaranteed a spot in a professional tournament the week of July 13. Based on my goals for the year, this is an opportunity I cannot pass up.”

“As an ambassador for golf in Canada, I am disappointed to miss the Pan-Am Games. I am so appreciative for the support I receive every week from Golf Canada and fans across the country. I wish the competitors all the best and look forward to cheering them on.”

“We are disappointed to lose Brooke Henderson from the Pan Am golf team but we respect the rationale that went into this very difficult decision.  Brooke is committed to her goal of reaching the LPGA Tour and her recent play including her victory on the Symetra Tour last weekend has provided a unique opportunity that will help her achieve that goal. We will continue to be a strong supporter in her career.”

Golf Canada is currently working with the Canadian Olympic Committee to determine who will join previously confirmed team member Lorie Kane on the Women’s golf team at the Pan Am Games.

The Pan Am golf competition will run July 16-19 at Angus Glen Golf Club in Markham, Ont.

The field for the 2015 Pan Am Golf Competition will include 32 women and 32 men competing in a women’s individual, men’s individual and mixed team competition (low female and male score combined).