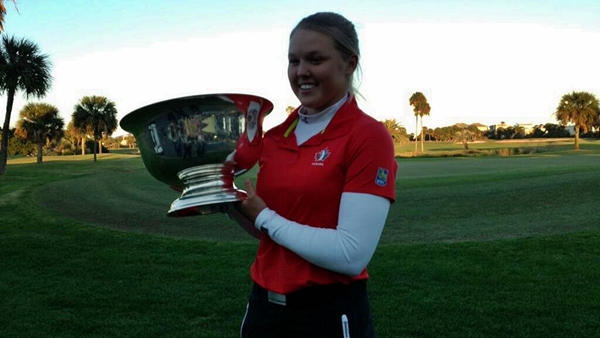 Ormond Beach, Fla. – National Amateur Team member Brooke Henderson fired a final round 72 to pull ahead of the pack with a 4-stroke victory at the Women’s South Atlantic Amateur Championship – also known as The Sally – in Ormond Beach, Fla.

With the win the Smiths Falls, Ont. native racks up her third consecutive victory. She took home medalist honours at the Spirit International in November, won the Junior Orange Bowl Championship in December and has now won The Sally.

Wales’ Chloe Williams was neck-and-neck with Henderson heading into Saturday’s round, but struggled on during the final round to an 11-over 83. She ended in a tie for third with Brazil’s Clara Teixera at 9-over par.