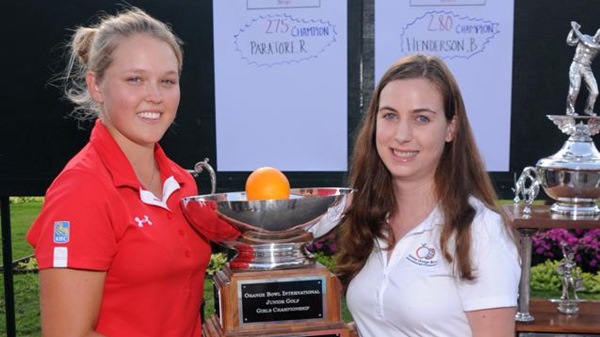 CORAL GABLES, Florida – Team Canada’s Brooke Henderson saved her best round for last at the Junior Orange Bowl, firing a final round 4-under 67 in Coral Gables, Fla., on Monday to take home individual honours.

The Smiths Falls, Ont., native’s final round on the Biltmore Hotel course was highlighted by six birdies and a closing 2-under 34 back nine. Her 4-under 280 total (68-72-73-67) left her five strokes ahead of Megan Khang of the USA who finished at 1-over for the championship after a 3-under 68 final round.

“It’s an awesome feeling,” Henderson said about her win to media in Florida. “I came here with this in mind and I’m really pleased. Today I was finally able to get my putting working, compared to the first three days. I felt very comfortable on the greens all day.”

For complete scoring from the Junior Orange Bowl click here