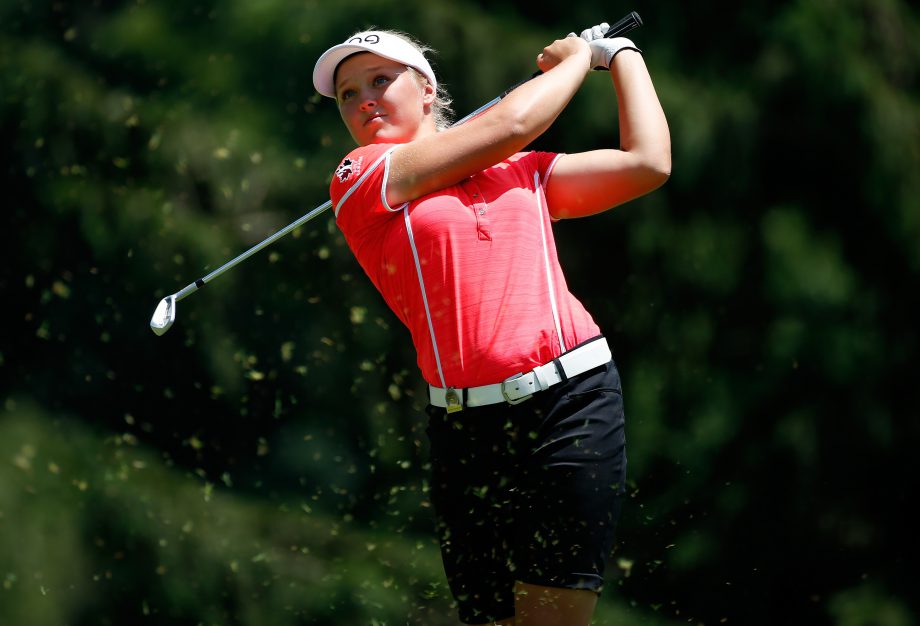 ROCHESTER, N.Y. – The Symetra Tour, Road to the LPGA, confirmed on Monday night that 17-year-old Brooke Henderson will play in the 2015 Toyota Danielle Downey Classic. Henderson narrowly missed qualifying for the Marathon Classic by one stroke.

“Although I was hoping my 2-under 69 would qualify for the Marathon Classic, I’ve heard nothing but great things about Rochester and I’m excited to compete this week on the Symetra Tour at the Danielle Downey Classic,” said Henderson. “I enjoy playing alongside my sister, Brittany, and it’s nice that we get to do it just four hours from my home of Smiths Falls, Ontario.”

The Smiths Falls, Ontario native has accumulated $458,866 as a non-member in just eight LPGA Tour starts, the equivalent of 17th on the money list.

Henderson petitioned for Symetra Tour membership after winning the Four Winds Invitational as a non-member and commissioner Mike Whan accepted. She has played in one event, the Island Resort Championship, as a member and finished solo third. Henderson finished in a tie for second at her first Symetra Tour tournament, the Florida’s Natural Charity Classic. She currently ranks 49th on the Volvik Race for the Card money list.

“We have known about the possibility of Brooke and Brittany Henderson playing here for some time, but did not want to get the community excited or even rooting against any offsetting successes that they may have had in the U.S. Open or in Toledo,” said tournament chair Mike Vadala. “As a committee, we decided to do what was in the best interest of the players and to keep a low profile until we knew. That said, Brooke is the most exciting young player in golf this year, and her sister Brittany, who recently spent a summer in Rochester working at CCR, has also done well on the Symetra Tour (28th on Volvik Race for the Card money list). We are pleased and excited that these two fine young ladies will be part of our field. I know they will feel the support of Rochester’s huge golf fan base.”