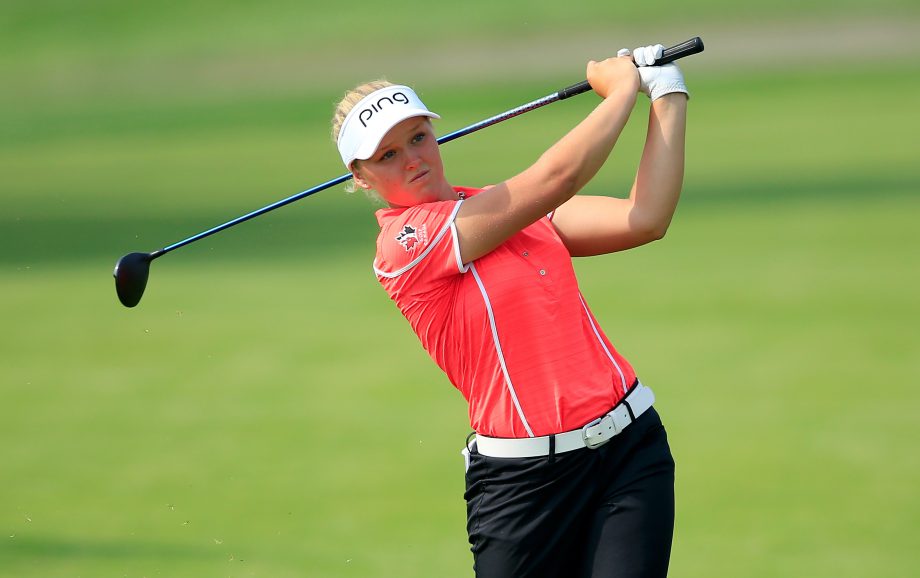 HARRIS, Mich. – Four Winds Invitational Champion Brooke Henderson (Smiths Falls, Ontario) shot an opening round 70 in her first round as an official member of the Symetra Tour and currently sits in a tie for 18th at the Island Resort Championship.

“I didn’t play my best today,” Henderson admitted. “It was a little bit up-and-down. I started off with a bogey on the first hole but was able to bounce back and finish 2-under which I’m happy about. I still have a lot of work to do but I’m excited to be out here as an official member of the Symetra Tour and to compete against these players.”

With her new membership, Henderson was able to get into the field this week based on her Category C status. The 17-year old has been taking advantage of the opportunity and enjoying her first event in the Upper Peninsula.

“The hospitality is top of the line for sure,” Henderson said. “It’s been an honor to be here the past couple of days. Great people and they’ve treated us like gold.”

“You never expect five under,” Molinaro said. “Today I think it’s as easy as it could get. There was no wind and perfect weather. I’m not surprised that there were some lower scores today.”

“I think it played very fair,” Holmqvist added. “If you hit a good shot you would get a pretty good result from it.”

The four at the top of the leaderboard sit a stroke clear of Anne-Catherine Tanguay (Quebec, Canada), Ani Gulugian (Irvine, Calif.) and Annie Park (Levittown, N.Y.) who sit at 4-under. In total, there are 39 golfers within four strokes of the lead.

Second round play will begin off the first and tenth tees starting at 7:30 a.m. on Friday.