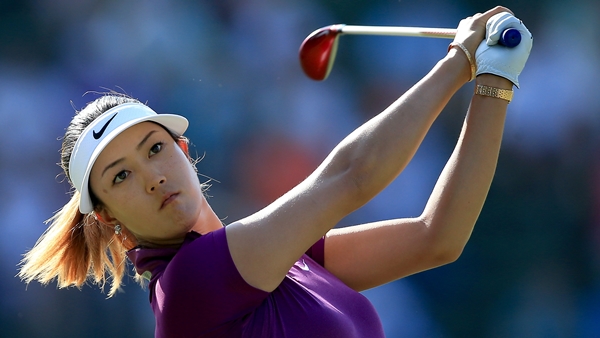 DAYTONA BEACH, Fla. – The Symetra Tour has announced that 17-year-old Brooke Henderson has received sponsor exemptions to play in two upcoming Symetra Tour events. She will play in the Four Winds Invitational at Blackthorn Golf Club, June 19-21, and the Tullymore Classic at Tullymore Golf Club, July 3-5.

Henderson recently finished third at the Swinging Skirts LPGA Classic, missing out on a playoff by just one shot. That finish vaulted the Smith Falls, Ont., native up 116 spots to No. 91 in the Rolex Women’s World Golf Rankings. Henderson then Monday Qualified for the LPGA Volunteers of America North Texas Shootout and finished in a tie for 13th. Henderson is competing this week on the LPGA at the Kingsmill Championship.

The Team Canada Young Pro Squad member is now ranked No. 80 in the world in her first year as a professional.

“It’s exciting for me to have the opportunity to play in the Four Winds Invitational and the Tullymore Classic on the Symetra Tour,” said Henderson. “I’m so thankful to be living my dream of playing professional golf and I will use these weeks to continue working on my game.”

Prior to turning professional in December of 2014, Henderson was the top ranked amateur in the world. In 2014, she was the runner up at the U.S. Women’s Amateur, finished in a tie for tenth at the U.S. Women’s Open and won the individual title at the Women’s World Amateur Team Championships.

In 2012, Henderson became the youngest ever to win a professional tournament when she won as a 14-year-old on the Canadian Women’s Tour.

The Four Winds Invitational and the Tullymore Classic will be the second and third events that Henderson has played on the Symetra Tour. She finished in a tie for second with her older sister, Brittany, at the Florida’s Natural Charity Classic earlier this year. Brittany, who ranks 11th on the Volvik Race for the Card money list, is expected to play both events.

The Four Winds Invitational is part of the Symetra Tour’s Potawatomi Cup where players have the chance to earn an additional $50,000 in bonus money over the course of five events. The Tullymore Classic is one of seven new events on the 2015 schedule and one of three in the state of Michigan.