Brooke Henderson one back in New Zealand 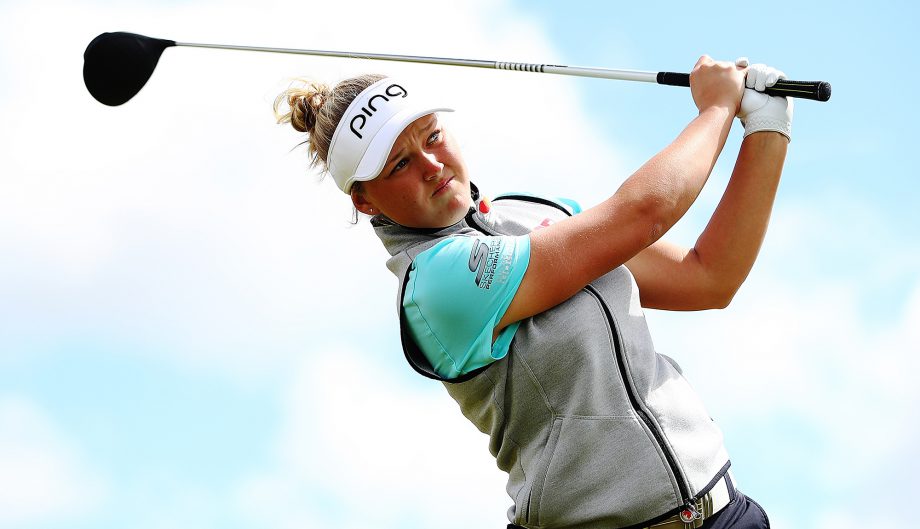 AUCKLAND, New Zealand – Spain’s Belen Mozo will take a one-shot lead into the final round of the LPGA Tour’s New Zealand Women’s Open after a 1-under 71 Saturday helped her hold off challenges from Canada’s Brooke Henderson and American Brittany Lincicome.

Mozo, who led by five strokes after the second round, had a three-round total of 15-under 201 on the newly-established Windross Farm course.

Henderson, from Smiths Falls, Ont., had a 67 to move into second place. The biggest mover on the day was Lincicome, who had a 66 to be tied for third, four strokes behind. Also four back was China’s Jing Yan, who shot 69.

Hamilton’s Alena Sharp shot a 66 to enter a tie for 31st.

The hole exemplified how difficult the layout became on Saturday when the wind began to blow and temperatures fell.

It had been one of the easiest holes on the course over the first two days but became one of the hardest on Saturday. Mozo’s bogey allowed Henderson, playing ahead of her, to narrow the lead to one stroke but Mozo responded by sinking a 30-foot birdie putt at the 14th to restore a two-shot buffer.

“It was a grind-out day for sure. I had to talk to my caddie in the middle of the round because obviously I couldn’t compare the golf I was playing today with the golf that I played yesterday under perfect conditions,” said Mozo. “I was able to manage bad shots better than yesterday, and converted a not-so-good round into an under-par round, so that’s fine.”

Henderson had birdies at 14 and 15 to put pressure on the Spanish player, who hasn’t won since joining the LPGA Tour six years ago. But Mozo played solid golf over her last five holes to retain her lead, finishing with a scrambled par at the 18th.

“There are a lot of players around me that could shoot a low number so everyone has to go out and shoot a lot of birdies,” said the 20-year-old Henderson. “It depends a lot on the conditions but if it is like today, then 5-under or 6-under will probably win tomorrow.”

Lincicome had four birdies and an eagle in conditions she described as “yukky.”

The 34-year-old Florida native said she felt support close by and from home.

“My dad and husband are both at home but I’ve got Mom here cheering for me which is nice,” Lincicome said. “It’s just cool to be playing well so I’m on television a little bit and they can see me.”

Henderson played aggressively on a day on which the wind made several holes play long and on which flag placements were challenging.

“Very tough conditions, so to shoot 5-under was great,” Henderson said. “My game is in a very good spot so I’m excited to play tomorrow.”

Ko is in a tie for 11th at 8-under. The former No. 1 started and finished with birdies at the first and 18th holes but struggled to move up with one bogey and one birdie in between.

“I started with a bang, finished with a bang,” Ko said. “I’m kind of fortunate that the ball went in on the last because it was going by pretty quickly.”