Brooke Henderson one back after opening round in Thailand 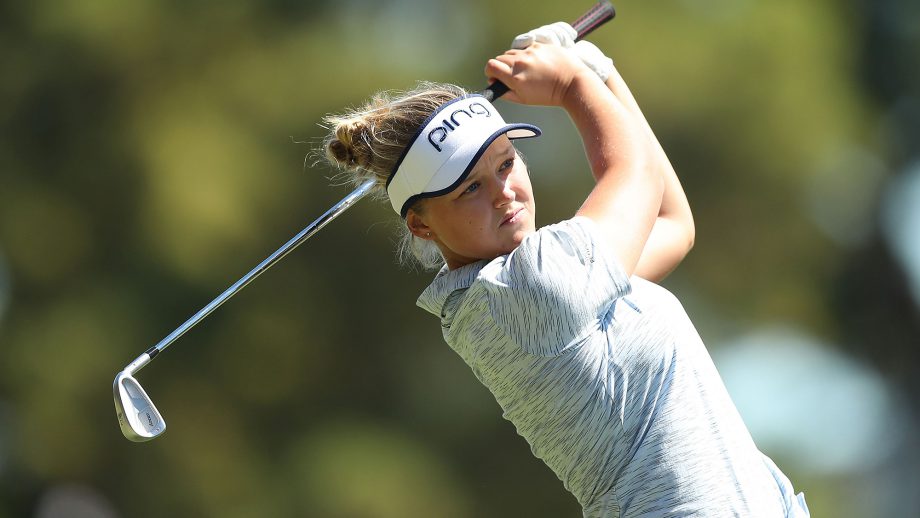 CHONBURI, Thailand – Brooke Henderson of Smiths Falls, Ont., is one shot back after carding seven birdies, five of which came on her first eight holes. The 20-year-old sits at 5 under for the tournament, in great position a week after missing the cut for just the 5th time in her career.

Henderson is set to give chase to the leaders with an 11:38 a.m. tee time in Friday’s second round.

“Yeah, you know, it was a really great start. Felt good, especially coming out of last week,” said Henderson. “I was happy to get a lot of birdies right out of the gate and feel comfortable again—unfortunately gave two back, but I was able to fight pretty hard on the back nine and finish at 5-under.”

A few months ago, Henderson was shovelling ice back home in Smiths Falls—she hasn’t shown any signs of trouble adjusting to the extreme heat in Thailand.

“Yeah, spending a lot time in Florida I’ve been able to learn all about grain and how to read putts like that. Coming from Canada I didn’t really know much about that, but last few years I’ve definitely learned a lot. This heat is pretty similar to Florida. Actually quite a bit hotter.”

After working out some kinks in Australia, @BrookeHenderson shoots a first round of 67 at #HondaLPGAThailand

Hamilton’s Alena Sharp opened with a 3-over 75.

Three-time tour winner Minjee Lee of Australia finished with a superb eagle putt to be among the four leaders after day one of the LPGA Thailand at Siam Country Club on Thursday.

Lee sank a 45-foot putt on the 18th hole to card a 6-under-par 66 for a shot lead with 2016 champion Lexi Thompson, Jessica Korda, and local hope Moriya Jutanugarn.

“I just hit the collar. I didn’t know if I was going to have enough. Such a big break there. I’m glad it caught the hole,” Lee said.

“It’s a second-shot golf course. Your approaches are really important, and obviously being in the right spots with the undulation. And if you have a hot putter that’s going to help.”

Thompson, who won this event in 2016 by six shots with a 20-under total and tied for fourth last year, started her latest round in style with an eagle followed by a birdie only to bogey the third hole. She shot four more birdies.

“It definitely helps to get that kind of start, but I was just trying to keep that momentum and not get ahead of myself,” Thompson said.

Her compatriot Korda had a rollercoaster round which featured eagles on the first and 17th holes, five birdies, a double bogey on the sixth, and two bogeys.

Moriya was the only player among the four to end the day without a bogey.

“I had a good start today, it was better than I expected,” said Moriya, who was seventh here last year.

She’s trying to become the first Thai winner of the tournament.

Two-time champion Amy Yang and world No. 2 Sung Hyun Park were among six players at 5 under.

With 7 birdies in her first round of @hondalpgath, @BrookeHenderson sits one shot off the lead!