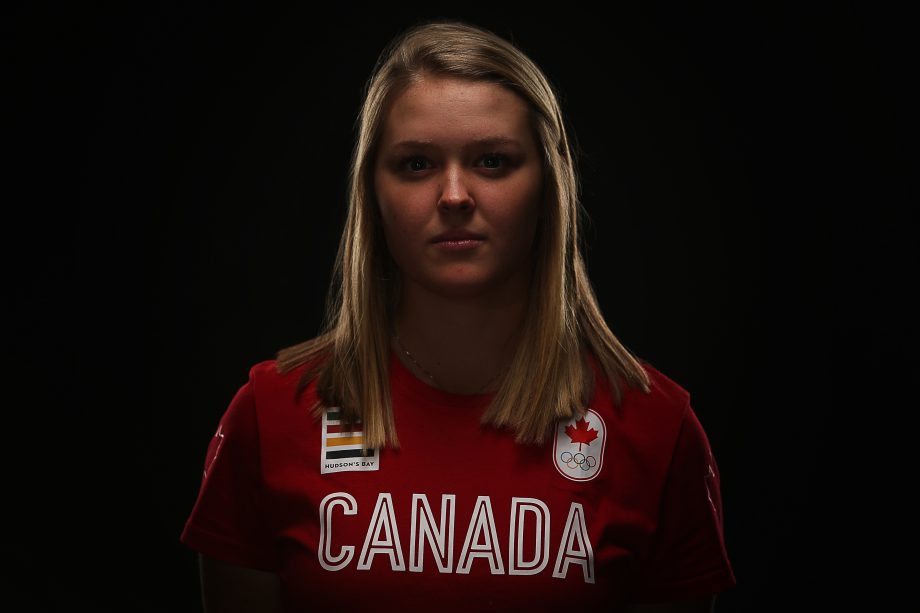 TORONTO – Red-eye flights, pre-tournament qualifiers and last-minute travel plans were often the norm for golfer Brooke Henderson in her first season as a professional.

At the start of the year, she hoped to post some decent results and use her rookie campaign as a learning experience. Henderson did much more than that in 2015 – she became the first Canadian to win on the LPGA Tour in more than a decade and rocketed into the top 20 in the world rankings.

Not bad for someone who just celebrated her 18th birthday a few months ago.

Henderson capped her impressive season Monday by winning the Bobbie Rosenfeld Award as The Canadian Press female athlete of the year. She picked up 21 votes (37 per cent) in the annual survey of editors and broadcasters from across the country.

“I’m hoping this is just the start of a pretty long career, and one where I can chase after some bigger dreams and goals that I’ve set for myself,” Henderson said. “Really I think that there are no limits and I think anything is possible. My 2015 year proves that it’s true _ that anything is possible.”

Soccer player Kadeisha Buchanan was well back in second place in the voting with 10 votes (17 per cent). Tennis player Eugenie Bouchard won the award the last two years.

Henderson is the first golfer to capture the honour since Lorie Kane in 2000. Kane was also the last Canadian to win on the Tour until Henderson blew away the field at the Cambia Portland Classic in August to end Canada’s 14-year victory drought.

The youngster from Smiths Falls, Ont., needed to play in a qualifier just to enter the tournament field that week. She showed she belonged by finishing with a whopping eight-shot victory.

“A couple days I was playing there and I was thinking back to when I would just kind of daydream when I was little,” she said. “I was looking at my putt on the green and I could see the hole and the ball and I could see the fans around the green. They were kind of blurred and it was just exactly how I pictured it when I was little. I was like, ‘Wow, you know what, this is my dream.”’

“The LPGA Tour win – that was really the pinnacle of the season,” she said. “It was when I was playing my best and I was able to secure my LPGA Tour card and get my first LPGA Tour victory. (The year) as a whole was a result of a lot of hard work and it was just something where everything came together and I thank God for that.

“It was just a miracle year really.”

Henderson will be able to play a full Tour schedule next year and make her plans well ahead of time. Gone are the days of needing sponsor invitations or travelling overnight to make it to the course in time for morning qualification rounds.

“I wanted to play against the best in the world,” she said. “Most of the times when I was doing that, I wasn’t a member and I didn’t really have anywhere else to play. I was trying to make my way onto the Tour and trying to make my mark. It was something that I knew I had to do and it was exciting to know that I could have a chance to do something amazing.”

Henderson finished the season ranked 18th in the world – a jump of over 200 positions from a year ago – with over US$100,000 in official LPGA earnings and more than $700,000 in combined earnings as a pro.

“Already a top-flight golfer at such a young age,” said Red Deer Advocate sports editor Greg Meachem. “Proved she can compete – and be successful – against the best of the best in a global sport.”

Canadian women’s team coach Tristan Mullally, who has worked with Henderson since she was 14, said she’s a remarkably steady ball striker with the accuracy to be consistent on different types of golf courses.

“When you combine those two, that makes for a pretty potent recipe,” Mullally said.

Henderson hopes to start strong early in the 2016 season with a goal of cracking the top 10 in the world rankings. She’s also a virtual lock to play for Canada when golf makes it return to the Olympic program at the Rio Games in August.

“I still have many years ahead of me and I’m working hard for 2016 and the years after that,” she said. “But this award for 2015 is definitely something I’m proud of and I’ll be very honoured to accept.”