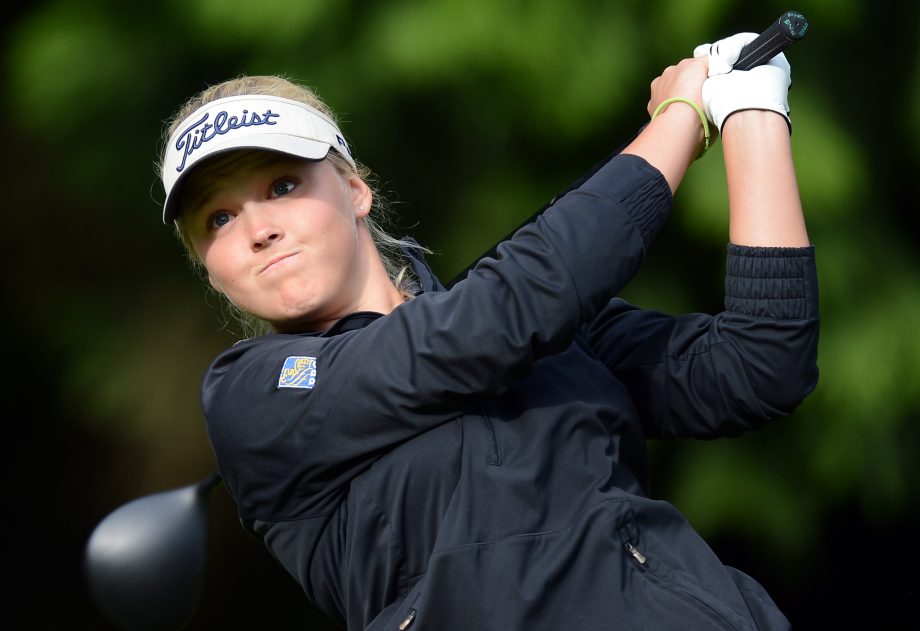 Henderson, 17, shot a four-under 68 at Columbia Edgewater Country Club to grab one of two spots available in the field this week. She joins sister Brittany, who received a sponsor exemption, in the field in Portland. Brittany Henderson, who plays on the Symetra Tour, was granted a sponsor’s exemption, a spot that might have gone to Brooke, except she has already received her maximum seven for the year.

If Henderson had not qualified Monday, she would have caddied for Brittany – something she did during the LPGA qualifying tournament last year. Brittany has caddied for Brooke five times this year, including at the U.S. Women’s Open and Women’s British Open.

“I love it,” Brooke Henderson said. “She’s a great caddie. I’m not sure how good I am, but she’s great. We know each other so well, so we know what to say when things aren’t going well, and when things are going well, to keep us going.”