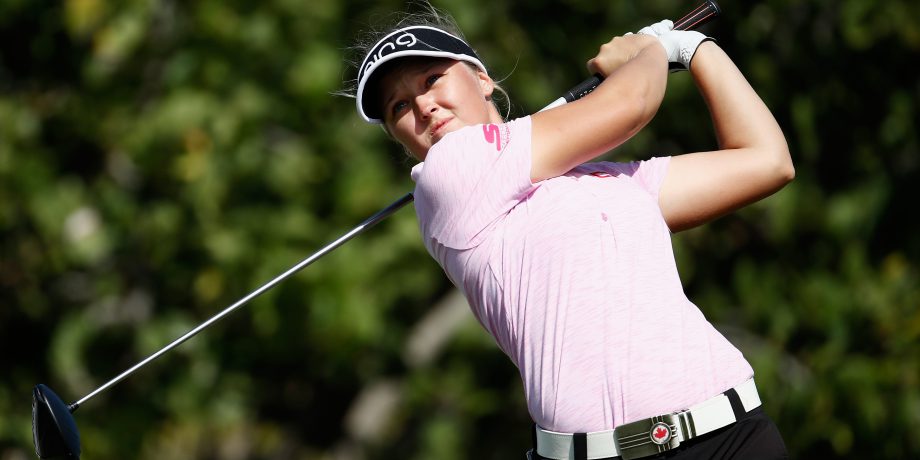 Lincicome birdied the final two holes and four of the last five for a 7-under 65 and a two-stroke victory over Wei-Ling Hsu in the event cut to 54 holes after wind wiped out play most of Friday.

Lincicome completed a second-round 67 in the morning, playing nine holes in 3 under, to begin the final round two strokes behind top-ranked Shanshan Feng.

The 32-year-old Lincicome won her eighth career title. The Pure Silk ambassador finished at 12-under 207. Last year, she beat Lexi Thompson in a playoff.

Brooke Henderson of Smiths Falls, Ont., the leader Saturday night when play was suspended because of darkness, shot a 72 to finish ninth at 6 under. Hamilton’s Alena Sharp (70) tied for 18th at 3 under and Maude-Aimee Leblanc (79) was 6 over.

The earliest Henderson has captured a win in a full season on the LPGA came in her 15th start of the year, in both 2016 (KPMG Women’s PGA Championship) and 2017 (Meijer LPGA Classic for Simply Give).

This birdie putt on 10 puts Brooke Henderson in a tie for the lead with Thompson, Feng, Yang and Hsu @PureSilkLPGA.

Tune in now @GolfChannel for live final round coverage! pic.twitter.com/oCi4DTI8wn