Brooke Henderson: In a class all her own 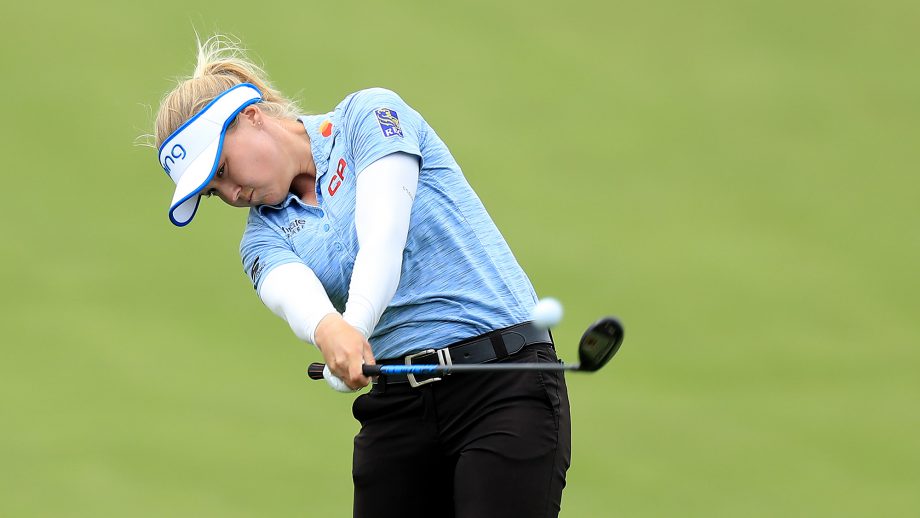 Brooke Henderson’s victory in June at the Meijer LPGA Classic will be part of a lasting legacy for the young golfer from Smith Falls, Ont. It was her ninth LPGA Tour victory and gave her the distinction of having the most victories of any Canadian PGA or LPGA golfer in history.

At only 21 years of age, Henderson seems poised to add many more titles to that record setting total.

“I see a lot more victories to come for Brooke, I don’t see her slowing down,” said her fellow CP Has Heart ambassador Lorie Kane at the CP Women’s Open media day in early July.

“She’s got length and she’s got touch when her putters on, and she’s got mental toughness. All those thing make her tough to beat,” added the four time LPGA Tour winner about Henderson.

“She’s definitely in a class all her own; and what I would like to see is that she has a goal to win as many tournaments as she possibly can until the day she decides she doesn’t want to play any more.”

Henderson’s next opportunity to add to her history making total comes at the Magna Golf Club as she looks to defend her 2018 CP Women’s Open crown.

“Going into a tournament that you’ve won before, you have so many amazing memories and it just gives you an extra bit of excitement and motivation going into that week.  Portland was extremely special for me because that was my first LPGA Tour win and to be able to go back and repeat it was really awesome,” said Henderson.

“Coming into this event, I’m just trying to remember all those great memories and trying to think about all the energy the fans had for me last year,” added the former National Team Program member, who became the first Canadian to win on home soil since Jocelyne Bourassa did it in 1973.

While she is an inspiration to many across the country because of her success, Henderson says she drew inspiration from a fellow former National Team Program alum earlier this year.

“Watching Corey Conners win earlier this year was really exciting for me and it kind of put my mind in the correct mindset that I can win too,” noted Henderson.

Conners recorded his first career win on the PGA Tour by claiming the Valero Texas Open in early April.  By winning the tournament, it meant Conners wouldn’t have to worry about competing in Monday qualifiers as it gave him his full PGA Tour card through to the end of 2020-21 season.

“I had a couple of top 10s earlier this year but I wasn’t really doing too much and I watched him win and I was like ‘I think it’s time for me to start doing more of that.’ And it kind of put me into gear,” Henderson continued.

“So I think it’s really cool that we can all cheer on each other and the Canadians on all the tours can just push each other to improve and get better.”

Two weeks after Conners’ life changing victory, Henderson recorded her eighth LPGA victory as she won the Lotte Championship in Kapolei, Hawaii.  The victory allowed Henderson to defend her 2018 victory in Hawaii and put her in a tie with Sandra Post, Mike Weir and George Knudson for most victories by a Canadian professional golfer.

Then of course in mid June, the 21-year-old would break the record by winning the Meijer LPGA Classic at Blythefield Country Club in Grand Rapids.

As she reflects on the big victory, Henderson says she was inspired by the success of the Toronto Raptors.

“It was so exciting watching them play. My family was watching the playoffs and we were cheering them on every single game and it was fun for us to see how well they were doing,” said Henderson.

“They’re just a remarkable team that did something incredible for all of Canada. It was right before my victory that they won the NBA Championship and I just wanted to keep the excitement going. So to get my ninth LPGA win following that was just really special.”

Henderson received a lot of support following her history making victory.  Among those reaching out were Prime Minister Trudeau as he took to Twitter to congratulate the 21-year-old.  She also received a congratulatory text from Wayne Gretzky.

And just last month, Henderson was recognized by ESPN with an ESPY for best female golfer.

“I’ve been so fortunate in this game of golf to have made so many contacts around and made friendships. And I’m grateful for all support I’ve received,” said Henderson.

Looking at the big picture, Henderson understands that the lasting legacy she’s created through her success on the golf course and her increasing popularity has given her a platform to help others – and it’s a big reason why she’s happy to be an ambassador for CP Has Heart.

“I’m so proud and honoured to be a CP ambassador.  And I know CP Has Heart has made a lot of progress in heart health and to be a small part of CP Has Heart and the great work that they do to help people, children, families to feel better and be healthy is truly incredible,” Henderson pointed out.

“I’m fortunate that I can be part of it with Lorie again this year and hopefully we raise a ton of money at the CP Women’s Open and impact a lot more lives.”

This year CP Has Heart has the goal of raising $1.75 million during the CP Women’s Open. The funds raised will go towards renovating a Cardiac Operating Suite at SickKids. In addition, CP also plans to support the tournament host community in 2019 with a donation of $250,000 to Southlake Regional Health Centre in Newmarket, Ont. to support paediatric cardiac care.

In the five years of CP’s title sponsorship of the CP Women’s Open, $8.5 million has been raised to support children’s heart health in Canada.

Having been a CP ambassador during those five years, Kane is very pleased to have Henderson on board.

“We couldn’t have a better partner at CP than Brooke and all the success she’s having on the golf course just helps to bring more attention to the important work done through CP Has Heart,” said Kane about Henderson who joined CP as an ambassador in 2017.

“Brooke is taking on the responsibility of doing what she needs to do and that is being a super special individual playing a game that is encouraging young people to keep playing.”

With 156 of the best golfers in the world vying to be the 2019 CP Women’s Open champion at the Magna Golf Club, Henderson will be facing stiff competition in her quest to defend her title.

Still the 21-year-old says she’s up for the challenge – and expects the passionate Canadian fans in Aurora, Ont. could give her that edge she needs to add to her recording breaking total.

“This year – especially being closer to home for me – I’m expecting great crowds,” said Henderson.

“Hopefully, I can feed of them and use their energy and put myself in a position where on the weekend I can make a charge and hoist that trophy again.”